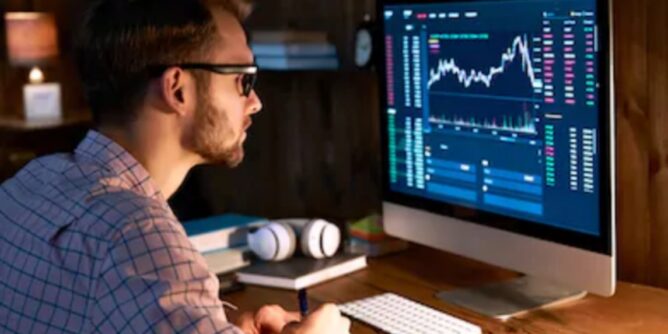 Dealing with digital assets is not the easiest thing you can do, especially if you are a newbie in the financial sector. Although many people have cited various reasons concerning risks and security, others have damned the consequences and have been successful in the sector. For instance, the Winklevoss brothers invested in Bitcoin when it was still worth just a little but have now grown to become billionaires trading the coin. Even if you feel you don’t know anything or enough to enter the market, there are various analysts who try to bring traders up to speed on the coin that they should trade.

Giving major insights into giving coins that traders and investors should look at this month is seasoned analysts and expert Lark Davis. Davis, who owns a youtube channel with over 190,000 subscribers, was on hand to give major information regarding the various digital assets while mentioning something key about Ethereum.

According to Davis, Ethereum is about to have the time of its life in the crypto market as the digital asset is in line to soar in value following some hey readings that buttressed this point. “Ethereum is about to enter a new price discovery region, and things are about to get excited in the coming days. As seen across various entities, Ethereum is about to become bullish because of some latest factors that would work in its favor, especially the launch of the CME fund that is about to occur”, Davis said.

Also, Davis has pointed at the recent Ethereum Fund that is about to be launched by Galaxy Digital to allow investors to invest directly in the digital asset. Ethereum has also gained popularity over other coins in the market, especially Bitcoin, as both retail and institutional entities have been buying up the asset in the last few days.

The analyst notes Cardano, Polkadot, and Cosmos as other coins to look into

Another coin that Davis notes that will climb well over is Elrond, as the recent launch of its Maiar wallet could be the major trigger that the asset needs. He notes that with the wallet bringing users the ease of buying and selling the digital asset, they would embrace the asset, which means more users and a huge climb for the asset.

He also mentioned Cosmos as another digital asset that should be looked at to boost funds this month. He notes that even though the asset has been gradually accumulating without much media presence, it would also make a major break this month. With Cardano set to launch its blockchain in the coming months, it would give it all the leeway that it needs as it would try to rival Ethereum in terms of its ecosystem protocols.

He noted that with the way Ethereum fees are in the sky right now, the market is Cardano’s for the taking. The last coin that Davis talked about is Polkadot, as he referred to the asset as the current beast of the blockchain space. He said that with the way the asset is rising, he would not be surprised if it hits $100 in the next few days.