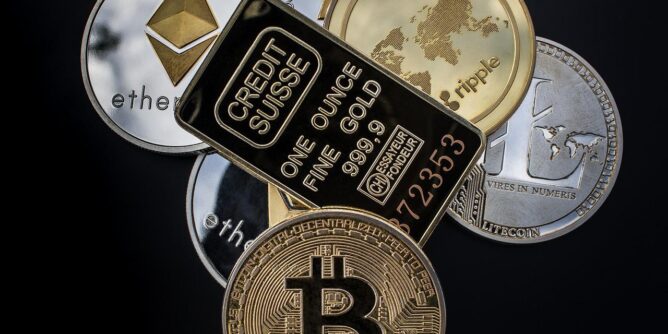 The year 2022 has proven to be very agonizing for the entire cryptocurrency. However, the situation has been worse for the cryptocurrency mining sector.

Ever since Bitcoin has been launched, it has been mined at the highest rate possible. Because of Bitcoin’s market value and profit margins, Bitcoin has always been the first choice of cryptocurrency miners.

As the year 2022 has begun, things have become quite difficult for Bitcoin miners. On one hand, there is the value of Bitcoin, which is seeing a 55.14% drop from YTD.

As for the all-time high (ATH), the price of Bitcoin is down around 68%, which is not a good signal for Bitcoin miners at all.

On the other hand, there is mining difficulty that is constantly rising for Bitcoin every time the halving phenomenon is taking place.

Over time, mining for Bitcoin has become very difficult. It is now almost impossible to mine Bitcoins from a single mining computer.

Instead, a vast amount of mining rigs, a very high volume of electricity, and maintenance are required to mine a single Bitcoin.

As the mining difficulty has continued rising and Bitcoin’s value has continued to drop, the miners are forced to sell Bitcoin in their holdings.

The mining firms had accumulated these Bitcoins in response to their mining activities in the past.

The latest report surrounding the activities of miners shows that 18 major cryptocurrency mining firms were forced to sell Bitcoin in the second quarter of 2022.

The report shows that in the second quarter of 2022, 18 mining firms sold 21,342 Bitcoins. BlocksBridge Consulting has released the information surrounding the miners selling their Bitcoin.

The report generated by BlocksBridge suggests that the mining firms have continued selling Bitcoin on a very large scale.

Expenses have risen in the Second Quarter

The rise in the selling of Bitcoin suggests that the mining operations have become even more expensive and pressurizing for the mining firms in Q2 2022.

The constant rise in the inflation rates, interest rates, and other factors are increasing energy costs. Therefore, it is becoming quite difficult for mining firms to survive in these harsh situations.

If the situation does not get better and the price of Bitcoin keeps falling, the miners will have to sell more Bitcoin. Once again, this would increase liquidation for Bitcoin and cause a further slump in its value.