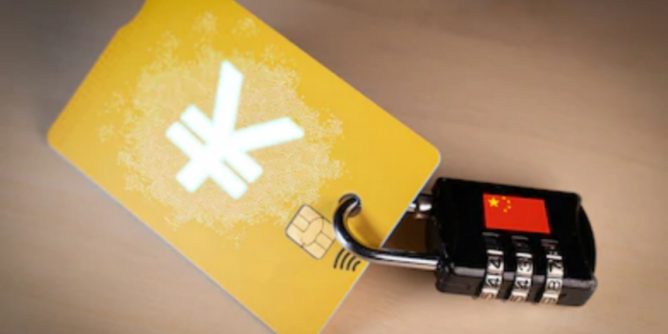 China has been ramping up preparations for the launch of its digital currency, which has seen the country carry out numerous tests across several regions. Several experts and analysts have pointed out that the Central bank digital currency that is being designed does not create room for the unbanked; China has taken a massive step towards that angle.

In what would be described as the real financial inclusion for all parties, China has announced that it has started testing a physical card used for payments by those in the rural areas. The initial version of the digital yuan that was about to be launched was designed to be used on mobile phones, but this version would require users to own a payment card to facilitate their payments.

In what could be considered as China upping their timeline, a hospital located around the Shanghai province has officially become the new development participant. According to several news outlets, the new card can be used to pay for services and would not require holders to have a phone or internet connection while making the payments. Taking on the cool and sleek look of a normal debit or credit card, the new digital yuan card will allow users to store, transfer and spend the digital yuan using what is described as near field technology.

Despite sharing a resemblance to all other debit and credit cards, the digital yuan card has a small screen around the upper part where users can view their balance. Users can also view their transaction records, daily spending, and other things that they wish to carry out using this feature. Even though China has been working tirelessly for the past six years to create the digital yuan, with much of their work coming in 2020, a date for the launch of the CBDC has not been announced yet.

With the way things are being rushed, experts and analysts believe that the launch date is only a matter of when China is ready, as they have worked over the years to exceed the imagination of most critics. The testing has been going on in the key areas of the country, with major testing ongoing in banks and cities. Even though only Shanghai has been involved in the new hardware test so far, people think that this is just the beginning and it would get to other rural areas when the time comes.

Most of the first testers of the new wallet have commended the People’s Bank of China’s efforts to create the hardware card. One notable member of the Shanghai community that tested the card, Dr. Yu, who used the card to purchase food, said it provided convenience because he was mindful of what he was doing. He said that one could see his balance on top of the card shows that people would be able to cut their spending to suit their budget.