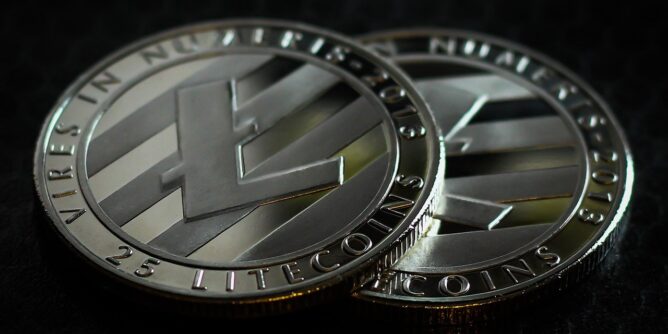 In the seemingly endless ocean of cryptocurrencies now available to us, it would be easy for investors to become enamored with new altcoins as soon as there is any mainstream attention given or hype created. This had been the case with altcoins such as DOGE, SHIB, and SAFEMOON. However, one altcoin often gets ignored nowadays, and that is Litecoin (LTC). This article will therefore examine whether LTC is truly an underrated gem or if it just can’t measure up to its competitors anymore.

To that end, LTC is currently trading at $206.17, which is a 2% decrease since yesterday. The recent market crash certainly hasn’t been kind to many cryptocurrencies, and unfortunately, LTC was a victim of this as well when its price came abruptly crashing down from over $400 to almost half that amount in just two weeks. LTC is now resting at a total valuation of about $14 billion.

The pseudonymous host of Coin Bureau, who simply goes by ‘Guy,’ claims that Litecoin had not only managed to survive lately, but it has actually been thriving ever since its inception in 2011. Guy went on to state that Litecoin has all of the characteristics that he would look for in a cryptocurrency, namely a use case (for the purposes of being utilized as a form of payment), highly robust tokenomics, worldwide adoption and awareness, and a marketable slogan (the ‘silver to Bitcoin’s gold).

Regarding the recent drop in price to just over $200, Guy states that institutional demand is largely to blame, as Grayscale had reportedly consumed nearly 80% of the total mined LTC supply a couple of months ago in February 2021.

Litecoin has certainly been popular in the past, with Charlie Lee (the developer who created Litecoin) noting that it is partly more efficient and effective as compared to Bitcoin. Furthermore, Litecoin had been formed in a way through which it might become increasingly decentralized, perhaps even more so than Bitcoin over time. So, it was easy to see why LTC was considered as a viable alternative to Bitcoin in the past, but this all changed when other cryptocurrencies such as ETH, XRP, and ADA began receiving increased popularity and attention as well.

Litecoin may not be developing quickly enough

Despite the praise, Guy did admit that the developers behind LTC are perhaps not working as quickly and as transparently enough as they need to be. He also gave the reference of what had transpired in 2017 when Charlie Lee had completely sold off his entire LTC stack, a move that many LTC supporters and holders considered to be treacherous at the time and one that went on to become one of the largest cryptocurrency scandals ever recorded.

Lastly, although LTC’s pace has indeed been faster than that of BTC, this really does not do much to dazzle the investors as there are plenty of other options available now, which may, in fact, be better value for money.