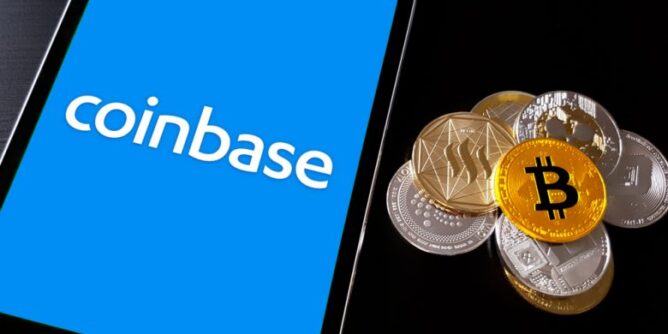 The latest news reports revealed that Coinbase, one of the largest crypto exchanges, has a blocklist function for its Wrapped Staked ETH (cbETH). Furthermore, most of the staked ETH came from a few investors, as per reports.

According to reports, Coinbase attached a blocklist option to the smart contract, Wrapped Staked ETH (cbETH), which it offers on its platform. Therefore, the exchange can block off addresses with suspicious activities from accessing its platform.

Although other liquid stakings, the exchange offers do not have a blocklist function. In addition, the smart contract’s blocklist option enables the exchange to hand pick and block addresses if necessary.

Furthermore, it allows them to freeze accounts with illegal activities or suspicious transactions, as the case may be. Reports also revealed that other crypto firms besides Coinbase exchange block addresses.

For instance, Circle, the network for USDC stablecoin, froze funds associated with Tornado Cash addresses. According to statistics, the frozen Tornado Cash users’ funds were about 75k USDC.

However, Coinbase’s blocklist option upset some members of its community as they severely criticized it. Most complainants believed that censorship sets are not a good precedent.

Meanwhile, Coinbase is unmoved by the complaints from the community members. The exchange is reportedly bent on complying with the regulations and rules guiding the conduct of crypto in its environment.

In their complaints, some users pointed out that Brian Armstrong, the Coinbase CEO, had initially promised there would be no censorship compliance. According to their claims, Armstrong stated in August 2022 that the platform would stop offering staked ETH rather than comply with censorship set by regulators.

However, in his statement, the CEO had hypothetically wished the exchange won’t have to encounter censorship. But he did mention that if they face censorship, they will have to go with the best option for the community. In line with that, the exchange complied with the censorship order to avoid any clash with the regulators.

Currently, Coinbase reportedly has the most staked ETH as it accommodates 15% of the total staked ETH globally. Kraken exchange comes after it with 8.50% of the globally staked ETH.

Occupying the third position is the Binance exchange with 6.75% staked ETH. Overall, the trio occupies about 30% of the whole staked ETH across all platforms.

According to statistics, about 66% of the total staked ETH emanates from four centralized ETH nodes, Oracle, AWS, OVH, and Hetzer. In addition, a crypto analytic firm, Nansen, revealed that most of the staked ETH are not currently yielding profit.

Additionally, investors cannot sell their deposits as withdrawal is temporarily unavailable. However, withdrawals would resume fully on all exchanges after completing the Ethereum Shanghai upgrade next year.