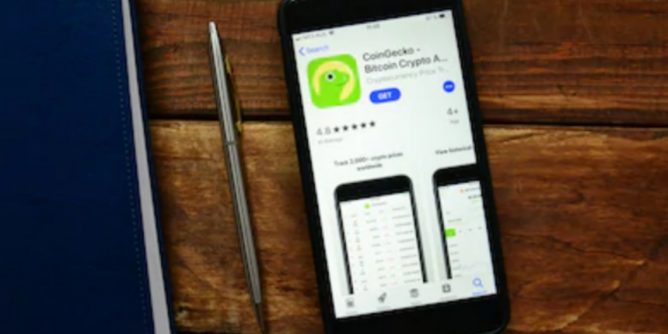 CoinGecko and Band Protocol have reportedly reached an agreement to partner themselves for better service delivery to cryptocurrency users. The partnership will see CoinGecko — a well-known crypto exchange platform — become the major platform providing Band Protocol’s newly-launched Band Standard Dataset all the crypto data needed to improve its functionality.

Though the Standard Dataset is doing very fine after over 20 DeFi protocols adopted it, Band Protocol believes joining forces with CoinGecko will bring more successes to both parties and the crypto space at large.

Band Protocol tends to benefit more from the latest partnership

As much as the partnership promises to be a win-win deal for both parties, it won’t be out of place to say that the Band Protocol has more to gain from the business relationship. CoinGecko has a great reputation as one of the most secure and well-patronized platforms in the industry, and Band Protocol will attract more users in the long run.

It’s no longer news that the cryptocurrency world is gaining lots of interest from the public. Hence the need for analytical evaluation — which is largely and accurately provided by CoinGecko — is increasing.

Apart from the fame the partnership would bring to Band Protocol, its new Standard Dataset will also benefit from CoinGecko’s statistical analysis, which adequately reveals real-time prices of cryptocurrencies, the daily overall trading volume of the industry, market capitalization, on-chain metrics, among other statistics. According to a publication regarding the deal, CoinGecko is charged with providing Band Protocol with up-to-date and reliable price feeds.

CoinGecko looks forward to a great relationship with Band protocol

Reacting to the newly signed agreement, CoinGecko’s COO Bobby Ong revealed the board’s happiness to have reached an agreement with such a great firm. In his speech, CoinGecko is a longtime supporter of the Band Protocol, and it will be great working together to attain a new level of greatness. It is also believed that CoinGecko will play a major role in ensuring that the much-discussed Protocol’s BandChain Phase 2 launch goes according to plan.

Having gained the support of high-ranked investors in the crypto space, including Brave New Coin (BNC), the addition of CoinGecko will undoubtedly boost the rate at which BandChain Phase 2 will be commissioned.
Meanwhile, as crypto enthusiasts continue to predict the possible reason behind the unexpected halt to Bitcoin’s bullish run, Guggenheim Investments’ global chief officer Scott Miner has advised other investors to desist trading with Bitcoin in the meantime. According to him, it is time to make money off the table to help regulate the currency’s financial value.

We reported earlier how the digital asset surprisingly witnessed a sharp 25% fall in price — a situation many crypto experts tagged as “correctional stage.” As it stands, the BTC price tag now stays at $30,260 while XRP is $0.27 per unit, BCH stays at $413, and ETH is valued at $933. Many Bitcoin traders and investors are hoping for a quick turnaround in the coming business days.