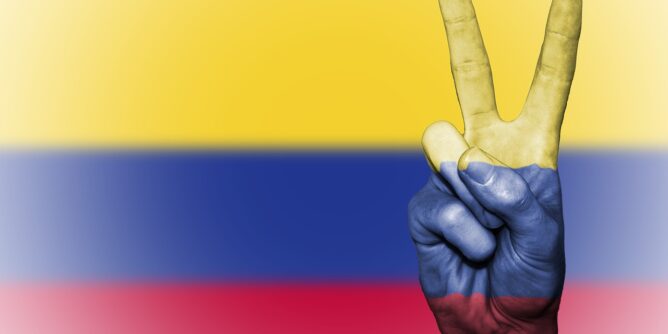 The government of Columbia recently disclosed its plans of launching a digital currency. One of the reasons it is opting to do so is to curb tax evasion.

It also said that the digital currency would help in improving the traceability of transactions that people make.

The proposed digital currency would also be accompanied with some restrictions on making cash payments and a limit on transaction of more than 10 million Colombian pesos.

There are a number of countries that have been looking into digitizing some areas of their economies for betting controlling and understanding the flow of money.

Head of the Columbian tax authority DIAN, Luis Carlos Reyes said that the country now intends to introduce its own digital currency soon.

Reyes said that this would be one of the proposals put forward by Gustavo Petro, the president of the country who was newly inaugurated, and would be aimed at curbing tax evasion.

Estimates indicate that tax evasion accounts for about 6% to 8% of the gross domestic product (GDP) in Colombia.

According to Reyes, the digital currency would be introduced for enhancing transaction traceability. This way, merchants who use cash as a payment method will no longer be able to evade taxes.

Reyes added that the effectiveness of this particular measure would be the same as that of the six to eight tax reforms they have introduced in the country.

These account for about 1% to 1.5% of the GDP. But, it should be noted that no traits of the digital currency were disclosed and no details about how it would work alongside the traditional payment systems were provided.

Other measures will also be introduced along with the digital currency and they are currently being studied.

One of these measures include restricting payments in cash over a specific amount. Reyes confirmed that they were considering imposing a limit of 10 million Colombian pesos on cash payments.

But, it should be noted that such measures could end up disrupting the payment channels that the citizens are using.

While the COVID-19 pandemic did see the use of cash payments decline significantly, it still remains one of the primary payment methods used in Colombia.

As a matter of fact, the Central Bank of Colombia provided some statistics, which showed that the circulation of bills has actually reached their highest value recorded in the last 17 months.

Moreover, the Financial Superintendency also shared data showing that many Colombians still prefer to use cash as their payment method.

In fact, they prefer to use it for making payments for rent, mobile phone top-ups, groceries and transportation.

Nonetheless, the concept of introducing a central bank digital currency (CBDC) has become popular amongst central banks of a number of countries.

This is because they have become concerned about the popularity of cryptocurrencies and prefer to introduce a safer option for the people.