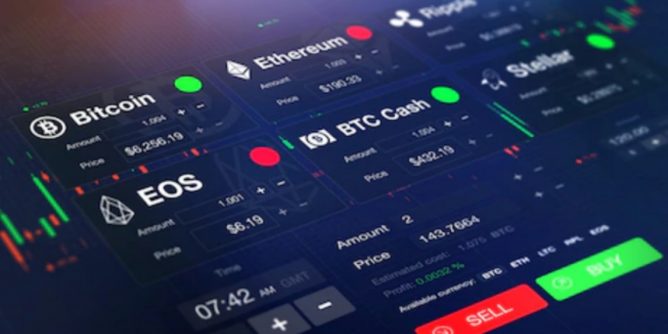 Bitcoin is known as the world’s most valuable digital asset due to its popularity and trading prowess. Many companies and business owners mostly accept it as one of the fastest-growing means of transaction. It’s meteoric) the rise in price at the latter stages of 2020 and early 2021 further convinced more business moguls to invest in the highly volatile digital asset. Unfortunately, Bitcoin couldn’t protect its trading prowess as it saw an overwhelming crash in price and hasn’t recovered since the second week of January.

Having reached a $41,962 high, it surprisingly experienced more than a 25% fall as it presently stays at $31,265. Many crypto experts are beginning to express doubt for the asset’s long-term future, Considering the sharp crash in price. BIS General Manager, Agustin Carstens, believes investing in Bitcoin has shown to be a risky decision that many people won’t want to take at this time. According to him, the well-known cryptocurrency might break down entirely due to its inconsistency.

In a Bloomberg’s report on Wednesday, crypto space isn’t a good atmosphere for someone who couldn’t take risks or endure unfortunate circumstances. He equally claimed that Bitcoin is vulnerable to attack from online hackers, making it very risky to buy or trade. This isn’t the first time Carstens is slamming Bitcoin for its volatility and inconsistency. He criticized the digital asset in 2018 when he said it could be likened to the combination of a Ponzi scheme and a bubble and environmental disaster.

The BIS manager advised crypto users to Invests in Central Banks Digital currency (CBDC) over Bitcoin due to its higher security status. In his words, it is advisable to deal with Central banks as far as digital currency issuance is concerned because it promises high credibility. Last week, we reported that many governments worldwide are on the verge of creating a central bank of digital currency, which would provide the template to begin a new and unique asset.

The Bahamas government was the first to develop the CBDC of its own, making it possible for its citizens to trade with the individual digital assets. China’s government is close to launching the digital Yuan, which will serve as its unique digital currency. Meanwhile, he also shared his opinion about Stablecoins’ troublesome nature, stating that its resilience nature could be traced to private entity’s unflinching support for the asset. As an asset-backed cryptocurrency, stablecoins are less volatile, meaning they have relatively stable prices.

StableCoins such as Binance, USDT, USDC, PAX, DAI, and GUSD continue to maintain steady growth, unlike Bitcoin and Ethereum, which have been unstable since last week. The world’s biggest digital asset (Bitcoin) fell to $29,131 on Wednesday but eventually reached $30,000 before the end of the day. That has been the situation for over three months, and Agustin Carstens doesn’t expect it to regain its trading prowess before the end of January.