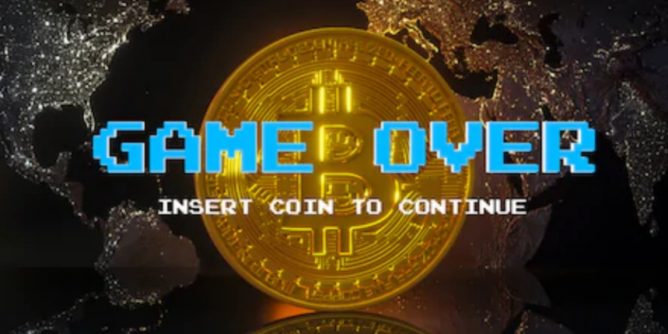 The crypto gaming industry witnessed an impressive surge in the number of players in 2020. The crypto industry’s gaming sector has largely evolved over the past 12 months as there are more interests in the NFT game.

Though the level of advancement can’t be compared to the one witnessed in the DeFi sector, it won’t be out of place to suggest a bright future for the crypto gaming world should it continue its steady growth.

Ethereum-based video game, Axie Infinity, saw a record-breaking increase in the number of players in a day. In the same vein, marketplaces involved in the sale of the crypto game — especially NFT — couldn’t help but share their success story.

The year in review was a very great one for everyone in the crypto gaming world. A report from DappRadar in agreement with the Blockchain Gaming Alliance revealed the sector’s high level of improvement. Firstly, the overall daily users significantly improved at the beginning f the year when the world was shut down due to the covid-19 pandemic.

Staying indoors offered lots of people all the time and opportunities to play online games through the crypto companies’ templates. Likewise, people’s interest in participating in the non-fungible token (NFT) grew exponentially during the three-month lockdown as they were massively engaged in showing their gaming prowess.

According to the statistics published by the DappRadder, the crypto game industry saw a 35% increase in the number of players, bringing the overall size of daily users to 28,000 at the end of the year. There was a corresponding increase in total trading value as it improved by a huge 191% to end the year at $173,500 daily.

Each game enjoyed a varying level of growth

As much as there was a collective overall growth in the industry’s gaming sector, it is believed that each game enjoyed a varying level of great fortune all through the year. Axie Infinity remains the most improved crypto game during the year after recording a close to 810% rise in the number of daily users.

The Ethereum-based game is closely followed by Upland — an EOS-driven virtual real estate game— which saw no less than a 516% increase in its daily users. Splinterlands wasn’t left out, having recorded a 53% surge in the list of daily and active players throughout the year.

After swapping Steem blockchain for Hive in the middle of the year, the highly active card-battler witnessed a considerable growth level before 2020 comes to an end. The report also claimed that NFT marketplaces enjoyed a large 226% growth as it ended the year at 3,400 daily users while its overall trading volume grew by 785% to reach $78 million during the year in review.

However, it’s rather unfortunate that some games, including Crypto Heroes Prospectors and Crypto Dynasty, failed to impress after experiencing a sharp decline among their respective fan-bases. The former saw a whopping 97% decrease in the audience while the latter suffered almost the same fate.