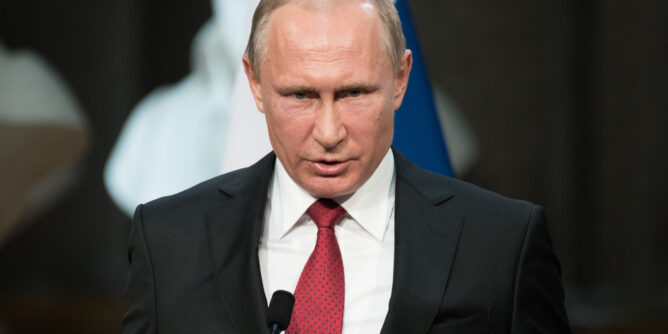 Digital coins in Russia are still in a somewhat ‘grey zone.’  The nation is yet to issue a total ban on cryptocurrencies, like China. The Russian government is skeptical but allows cryptocurrency undertakings to proceed.

A local publication revealed that Putin said crypto has no backing and exhibits massive volatility. That translates to colossal risks. The President added that market players should consider individuals that highlight risks related to the crypto industry.

Putin added that cryptocurrencies need regulation and government monitor. That was when he admitted that digital currencies witnessed increased global adoption levels. As highlighted above, the crypto regulatory framework in Russia lacks clarity.

Nevertheless, the country plans to introduce a CBDC (Central Bank Digital Currency). However, that may not happen anytime soon since Russia requires legislative adjustment before developing a digital ruble.

Russia leads as one of the active cryptocurrency markets in the globe. That is despite it lacking a regulatory policy on crypto trading. Analysts attribute the high crypto adoption to a lack of regulation in the country.

However, Russia isn’t the only Soviet Union nation that witnessed increased crypto mining and adoption. Kazakhstan ranks 2nd in BTC mining hash rate, after the US.

While writing these lines, Kazakhstan attracted many miners after China’s exit, accounting for 18% of the BTC mining hash rate, a massive surge from June’s 8.8%. Moreover, the nation’s President recently confirmed plans to launch a nuclear energy plant to support crypto mining.