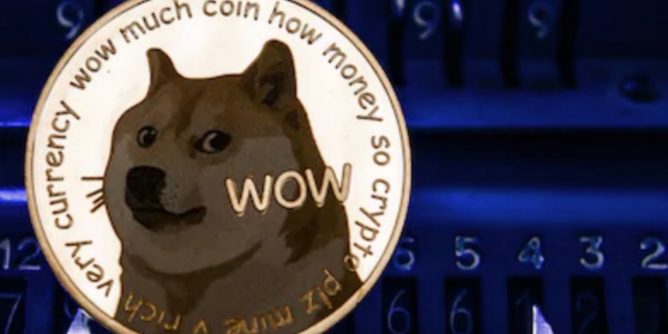 Although so many pundits and analysts have been able to preach against using digital assets as means of payment, some significant entities are still adamant. With so many of them understanding digital assets’ potentials, they have blamed volatility and other factors for such moves. One person that has been able to plaster his face across various news outlets is the owner of Dallas Mavericks, Mark Cuban. On Mark Cubans part, he has been at the forefront of crypto adoption amongst other things in the sector, including using crypto for payments, gathering NFTs, and insurance claims in the sport.

According to various news moving about, the NBA franchise has announced that it will henceforth start accepting Dogecoin for payments for tickets and other products. Notably, Dallas Mavericks were the second NBA team to announce that they had started accepting the digital asset has moved up a notch in the number of assets accepted.

In the details for the update, the franchise pointed out that BitPay, a digital asset exchange, would be responsible for facilitating payments with Dogecoin. Dogecoin has attracted so many influential personalities since the start of the year after the massive performance that the coin posted. One of the influencers of the digital asset has been Tesla’s owner, Elon Musk, who has shown his unwavering support for the digital asset.

News has also shown that BitPay recently just agreed to add Dogecoin on its platform, and the Dallas Mavericks are going to be the first client to kickstart the coin as a means of payment on their platform. At a recent press release, the CEO was quizzed about why they agreed to start accepting the meme coin, and all he could say was because they can add more coins as a means of payment.

There are concerns about people using the payment option

Mark Cuban pointed out that even though the idea started as a fun-driven initiative, they have realized that they can bank on this PR and introduce themselves to fans across the world. He also pointed out that adding Dogecoin for fun now does not mean that they are planning to discard the option in the coming years as they hope they can continue to accept payments with the coin forever.

Also, adults who wish to know more about Dogecoin should inquire from their teenagers at home as they can give the best kinds of explanation. If this is signaling just one thing, Mark Cuban is pleased to be in the crypto sector. Going by previous events, there are growing concerns that people might not turn up to pay for stuff with Dogecoin.

In a recent interview with Mark Cuban, the Dallas Mavericks boss pointed out that they only received their first Bitcoin payment some years after adding it as a payment option. He also pointed out that the main reason why he added the asset in the first place was to show that nobody would buy things using the payment option, but later that year, people started buying and paying with Bitcoin. With digital assets climbing in value, people would be watchful of their spending, hence limiting the payments in assets that the franchise would see.