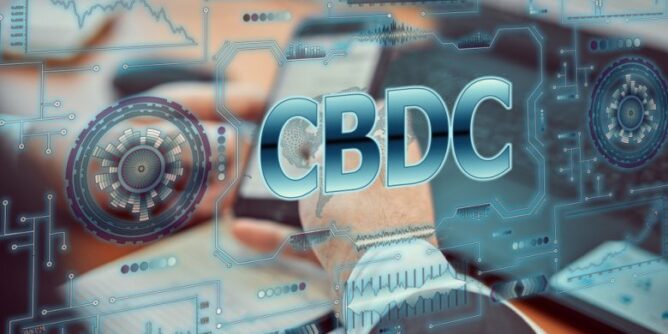 The latest news report showed that Thinktank, an American digital dollar project (DDP), has released a technical sandbox. They claimed it would help define the implementation and business application of the potential U.S central bank digital currency (CBDC).

Earlier this week, DDP tweeted to announce the beginning of the technical sandbox program officially. They added that with the aid of the program, users would understand the whole concept of the potential American CBDC.

The project developers pointed out that many giant tech firms like EMTECH, Ripple, Knox Networks, and others would participate in the program. Furthermore, they explained that the Sandbox program would give the government, public and private business sectors, and individual investors the full grasp of the CBDC mechanism.

It would also teach them the business implementation and global use cases of the potential digital fiat currency. However, the U.S government has not issued the CBDC yet, as it is still test-running its functionality and accompanying risks.

The Merit and Demerits of CBDC According to Feds’ Survey

Additionally, the Feds carried out a survey on Jan 20 to check for the merit and demerit of the CBDC. The survey showed that CBDC is virtual money with no credit or liquidity exposure. In addition, it is suitable for online and international payment settlement.

It can also help to promote the U.S dollar dominance while giving people access to central bank secured funds. About the risks of CBDC, the survey also revealed that the U.S financial system would change as the CBDC arrives.

In addition, the U.S monetary policy prowess will drastically decline while some banks will adopt other forms of currency. Furthermore, the survey showed that it would be challenging to operate transparently and maintain customer privacy rights.

DDP To Begin the Sandbox Program by October

Meanwhile, DDP revealed that the Technical Sandbox would come up by October 2022. They also stated that the program would start with CBDC’s benefit as an international payment method.

On the other hand, the pilot stage would simplify how customers can use the CBDC efficiently and effectively for their business and daily activities. Accenture, an IT expert firm, and Digital Dollar Foundation are the two firms working on the DDP, as reported.

They aim to discuss and survey all news surrounding the potential CBDC that the U.S government is still completing on launching. In May 2020, the same group reportedly wrote a white paper introducing the tokenization of the USD.