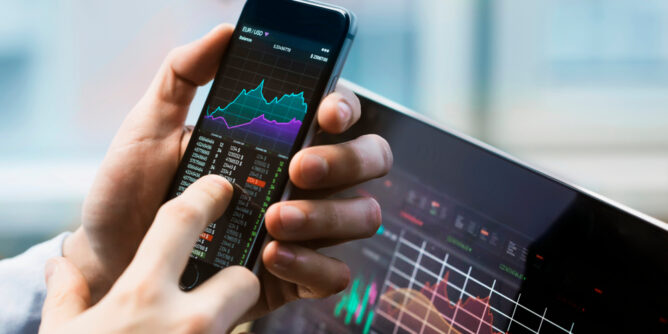 In the last few days, there has been some healing happening in the crypto market and prices have also seen some improvement after tumbling constantly. The same improvement can also be seen in the decentralized finance (DeFi) ecosystem, as there has been an increase in the total value locked. Since 20th June, the TVL in the decentralized finance (DeFi) space has gone up by 7.19%. This weekend, the defi protocol with the largest TVL in the market is MakerDAO.

After the fallout of the Terra blockchain, the crypto bloodbath saw the decentralized finance (DeFi) space take a heavy beating. Problems on top of problems seem to be emerging, such as the recent fiasco with Three Arrows Capital (3AC) not being able to pay off its loan and Celsius Network halting its withdrawals. The TVL had dropped to $71.98 billion up until a few days ago.

However, since June 20th, there has been a slight improvement in the total value locked, as the TVL rose to $77.16 billion, which is an increase of 7.19%. Out of all the projects in the DeFi space, the largest TVL is that of Makerdao. Its total TVL stands at $8 billion, which is approximately 10.37% of the total.

The last week has seen the TVL of the MakerDAO protocol increase by 6.89%. Aaveis the defi protocol with the second-largest TVL of about $6.59 billion. During the week, this protocol also recorded an increase in its TVL by 27.13%. As for the TVL distribution in terms of blockchain, Ethereum has the largest share of $49 billion, which is around 63.98%.

The second-largest blockchain in terms of TVL is Binance Smart Chain (BSC), which is around $6.01 billion, or 7.85%. Last week, the market cap of the leading smart contract tokens reached the $245 billion mark. However, the last 24 hours have seen this number go up by 1.4% to reach $280 billion.

There was a 12.7% gain in Ethereum (ETH), while a 10.5% jump was seen in BSC in the last week. A 37.1% increase was also in store for Solana (SOL) and a 32.2% increase for avalanche (AVAX). The seven-day period also saw polygon (MATIC) record an increase of 50%. The smart contract tokens that recorded the most gains this week were ronin, ziliqa and polygon.

Hiccups in the DeFi Space

The last week has also seen some hiccups occur in the DeFi ecosystem, as Convex Finance recently announced that it was dealing with a front-end issue, so users would be subject to review approvals. Moreover, there was also a $100 million theft on the cross-chain bridge of Harmony on June 23rd that was a devastating blow to the ecosystem.

Harmony stated that the bitcoin bridge remained safe, but exchanges had been notified of the breach and no transactions could be made on the Horizon bridge. It said that they were investigating the issue and would provide details later.