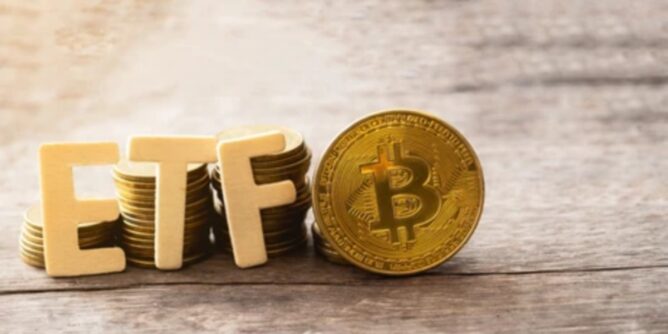 An exchange-traded fund (ETFs) is a type of investment fund that is usually traded on stock exchanges. On the other hand, Bitcoin ETFs are exchange-related products that expose investors to investing in Bitcoin without going to a crypto exchange. Unfortunately, despite Canada being the first country to license the operations of Bitcoin ETFs- Purpose and Evolve Bitcoin ETFs, the U.S Securities and Exchange Commission (SEC) has been unable to license any ETF in the country, as they are unsure whether some power holders are not manipulating the crypto market.

The ETFs are meddling around Bitcoin, despite not having a Bitcoin product

Surprisingly, despite the lack of crypto ETFs in the U.S, several ETFs have sprung up in the country and are reportedly doing well. In a new report by ETF.com, many of these ETFs in the U.S have been exposed to Bitcoin, despite not having a Bitcoin product under their watch. Microstrategy, the business intelligence firm headed by famous Bitcoin admirer- Micheal Saylor, and currently have more than $5 billion worth of Bitcoin in its portfolio, have sold their shares to at least 90 ETFs in the country.

Surprisingly, Elon Musk Tesla- who reportedly bought Bitcoin worth $1.5 billion in January, has been one of the most preferred by these ETFs. According to the report by ETF.com, more than 230 ETFs in the U.S have purchased the technology company shares, as it appears that these ETFs are unknowingly affiliating themselves with Bitcoin.

Will the U.S get a Bitcoin ETF soon?

While these ETFs continue to meddle around the affairs of Bitcoin-affiliated companies, they have reportedly been successful in their investments, much to the delight of their investors. One of the biggest ETFs in the U.S- BLOK, which had reportedly bought shares in crypto firms like Marathon Digital, Voyager Digital, Riot Blockchain, and Argo Blockchain, has posted the biggest gain since the beginning of 2021. The ETF currently leads the space as the highest performer, and according to ETF.com, has made a profit of almost 80%. BLCN is another crypto-affiliated ETF that has posted massive gains since the beginning of the year.

The Nasdaq NexGen Economic ETF, which has invested hugely in Microstrategy, Square, and many other top crypto firms globally, has already posted gains of more than 35% since the beginning of the year. However, while these ETFs’ success has been remarkable, America’s crypto community continues to yearn for a Bitcoin ETF. Van Eck, Fidelity Investments, and Skybridge Capital are some of the few investment giants that have recently applied for a U.S SEC license. However, the U.S SEC has confirmed their application and has pleaded with them to give it time to evaluate their applications, as the American crypto community is hoping that the SEC will finally grant their long-term wish.