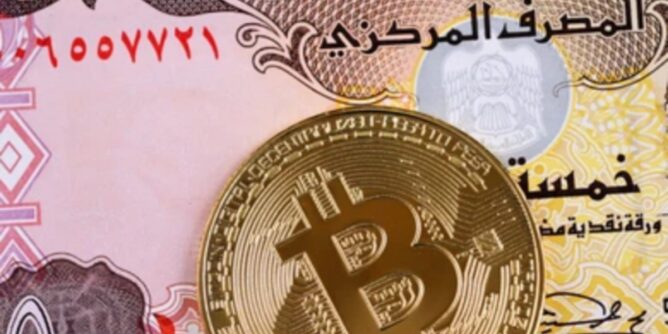 Even though Bitcoin is not doing well as it used to in the past, most users are still confident in the coin. The digital asset recently saw a volatile turn some days back after it slumped from a high figure of about $58,000 to register a price around $46,000.

Presently, the digital asset is bleeding, and it has taken other high-cap and mid-cap coins in the same path. In a recent development, a Dubai-based Bitcoin fund has taken a drastic step which signals a loss in interest in the leading digital asset. Suspected to be as a result of the recent decline, the Dubai-based Bitcoin fund will sell its Bitcoin holding worth about $750 million in the next couple of weeks.

In their statement, the Bitcoin fund mentioned that it is planning to use the entire fund that will be gotten from Cardano and Polkadot’s purchase. Even though Cardano and Polkadot are also in decline, it is worthy to note that the coins are showing promise. In their reason for making a move, the Bitcoin fund cited various reasons, including the speed of the network that both blockchain possesses and the support of smart contracts that can be developed with low fees.

Notably, the blockchains also present developers with one of the best scalability in the market. Before this liquidation, the fund prides itself as one of the funds with the highest amount of Bitcoin holdings, having nothing less than $1 billion in its confines.

However, the firm’s CEO claims that they have already used Bitcoin to achieve their aim and have seen better blockchains that provide them with what they want. In his statement, the CEO of FD7 mentioned that even though Bitcoin opened the floor for the birth of other digital assets, it is useless on some end.

This Web3 is known as the new lease of way whereby people would be allowed to conduct their business in a peer-to-peer environment without the need for anybody in between. Pointing out some key examples, the CEO mentioned the recent project that Cardano is carrying out in Africa, which will see the firm provide financial services for the unbanked through peer-to-peer payments.

He also mentioned the untiring efforts that Polkadot has been infusing into the Web3 to make it worth noting. Meanwhile, the CEO of Cardano, Charles Hoskinson, has moved to laud the move of the platform in a recent tweet. In the final phase of the update, the fund says that works are already in motion to gain the Cardano and Polkadot into its custody. Cardano sees small greens to post a figure of 4% in the market, while Polkadot is sinking in the red with the other assets, bringing back a loss of 9%.