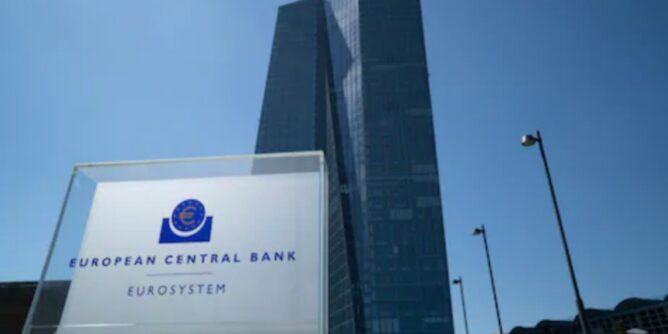 Central Bank Digital Currencies has been the debate of the entire financial institutions across the world. Even though countries like China have made remarkable progress, others are still moving at a slowed pace to catch up with them. With China already far gone in developing its CBDC, other countries are still researching ways to develop theirs, and a typical example is the European central bank. Fabio Panetta, an executive member of the ECB, stated that the ECB might permit only digital euro holdings within a particular threshold. However, he also stated that releasing the central bank’s digital currency will not make banks lose deposits.

Panetta stated that the threshold may be around €3,000 and can be worth approximately $3,600, and, according to him, it can still help attend to most people’s financial needs. But Panetta also warned that the figures had not been yet decided on by the ECB as they are still discussing it. The ECB has not placed a limit for digital euro payment. Pancetta also disclosed that ECB would not compete with commercial banks. Instead, they will provide financial services with another digital option.

According to Panetta, the digital euro will not destroy the banks and financial institutions. The banks will not lose money if people choose to change some of their money to digital euros. Also, we will not encourage the huge holding of digital euros. We will make liquidity available in case banks lose deposits. Panetta stated that based on the outcome of the consultation the ECB launched in October on a digital euro, people’s utmost concern was privacy.

During the consultation period, we got 8000 responses. People are mostly concerned about data protection. They are concerned that their data is not used inappropriately, and this guarantee can be given by the central bank. Already, the ECB shifted back the timeline that President Christine Lagarde floated for deciding on providing digital euro. Based on the central bank website, it will decide around the middle of the year. From then, ECB can develop a digital euro within or five years after they have consulted with lawmakers and decided on technical solutions.

The executive board member of ECB stated that ECB would try to discourage people from keeping large amounts in digital euros after the release of the currency in five years. The Chinese government has started digital yuan trials in some cities in the country. This has led to thousands of Chinese residents getting free cash as a lottery part. According to Panetta, conducting trails of CBDC in some European cities will be a smart move as part of the release. Notably, several other European countries are also looking into the creation of their respective CBDCs.