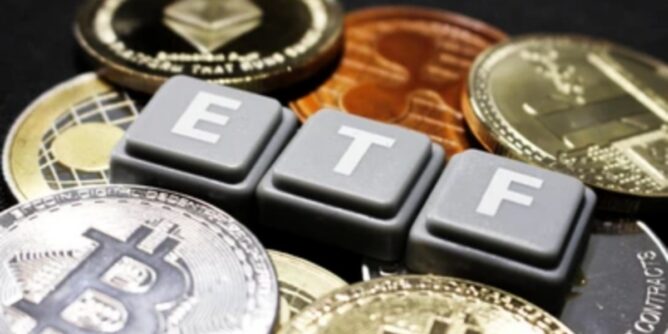 The cryptocurrency space had been trying to launch a cryptocurrency-themed Exchange Traded Fund (ETF) for a while now. Many crypto exchanges, especially in the U.S, who had filed for approval were unable to get it due to the dissatisfaction of financial regulatory bodies towards the idea. However, last month saw Canada become the host nation to the world’s first Bitcoin ETFs- Evolve and Purpose, and they were met with a warm reception by the crypto community. Surprisingly, in a step to further widen its horizon, one of the new Bitcoin ETFs- Evolve, is now set to launch an Ethereum ETF, which will cater to the booming Ethereum market.

The warm reception with which Evolve and Purpose Bitcoin ETFs were met when they launched last month in Canada was nothing short of remarkable. The need for an ETF by the cryptocurrency community cannot be understated, as they help provide more exposure to cryptocurrency to new and potential investors. However, the new upgrade from Evolve, the organization that just launched its Bitcoin ETF, means that future investors of Ethereum do not need any knowledge of the cryptocurrency before investing or even have to hold it.

Speaking to the press, Raj Lala, the company’s CEO, is delighted that his firm is changing the North American Nation’s cryptocurrency atmosphere. The Executive believes that the new Ethereum ETF that is set to launch will not only cater to the growing need of potential investors of Ethereum in the country and continent at large but will further add more value to the cryptocurrency world at large. Also, Lala confirms that like the Bitcoin ETF it presently operates, the Ethereum ETF on its pipeline will operate with both U.S and Canadian Dollars.

Evolve Ethereum ETF might be the push others need

The rave at which both Bitcoin ETFs, which launched barely a month ago, has slowed down a bit in recent days. However, it does not affect the relevance of the needed market in the cryptocurrency space. Purpose Bitcoin ETFs, which launched on the 19th of last month, recorded a record-breaking $80 million trade of shares in its first one hour of operation. The Bitcoin ETF further moved to close the same day with about $165 million in traded share and, as of today, has more than 10,500 Bitcoins assets under its management, reportedly worth about $500 million in today’s prices.

On the other hand, Evolve Bitcoin ETF, which was not met with such huge traded numbers on its launch, still boasts of about $40 million of assets under its management. Surprisingly, even though Evolve is doing lesser numbers, when compared to Purpose, it seems Evolve is now evolving ahead of Purpose with the new Ethereum ETF set to launch. However, the success of the new Ethereum ETF is believed by many analysts to further improve the fortunes of Evolve, as the crypto community at large awaits the innovation.