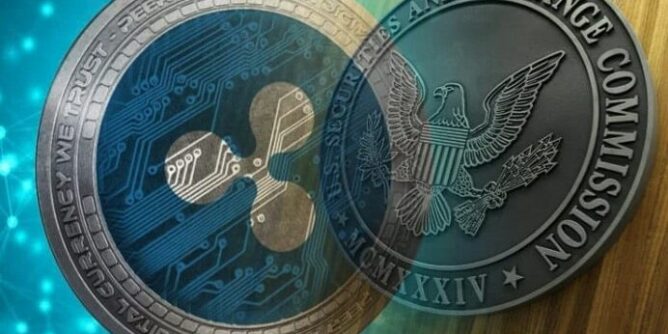 Over the past few days, Ripple’s native token, $XRP, has been gaining value as it spiked by 50%. The famous crypto enthusiast has associated the recent $XRP price pump with a possible SEC case against Ripple’s withdrawal.

According to data price statistics, the $XRP price has shifted from about $0.324 to $0.493, about a 52% price gain in the last eight days. Although several factors contributed to the favorable price movement, Ben Armstrong strongly believed it was somewhat related to Ripple vs. SEC’s case.

In December 2020, SEC accused Ripple of gathering close to $1.3 billion via sales of unregistered securities, $XRP.  The allegations, which Ripple’s executive vehemently opposed, have caused a prolonged case that hindered Ripple’s growth plans.

Consequently, many clients have stalled their investment in the platform for fear of uncertainty. However, Ben Armstrong tweeted yesterday that the SEC seems to be losing out on proving $XRP as a security.

He added that even if SEC wins the case, Ripple oy have to pay the fine that would be against it. In addition, he said it is a win-win case for XRP investors, whichever way the case turns, as the network would generously reward them for their patience after the case ends.

Ripple CEO Brad Garlinghouse, the CEO of Ripple, commented on the network’s action plans in a recent interview. He stated that Ripple is effectively creating blockchain-based solutions for business.

Brad said their cross-border payment solution, XRP, and RippleNet, have immensely helped banks and financial institutions with payment and liquidity issues. The CEO claimed that Ripple is among the few crypto networks whose use cases solve real-world problems.

He said they are under pressure to satisfy the massively increasing demands that have mounted over time. The Ripple CEO has stated that their XRP Ledger works with about 155 validators, of which only six belong to Ripple.

He added that XRPL is open source and not controlled by Ripple, as popularly misconstrued. Commenting on the current lawsuit, Brad stated that no lawyer was present in his first meeting with SEC as he never thought they could frame XRP as a security.

He added that Ripple is ready to expend a fortune to defend itself against SEC’s allegations which it believes challenges the entire crypto space. He referred back to 2021 when the case started, stating that about 200 exchanges traded XRP, evidently showing it is not a contract.

The CEO stated that neither he nor any of the executives signed any contract with any customers. He added that the notice letter SEC directed to Ripple in 2019 indicated that the agency does not know what to term XRP as.

However, they started claiming Ripple should have to know $XRP was security in court with genuine proof. Brad hinted that Ripple would file for a summary judgment by mid-November.

Afterward, it would take about two to nine months for the court to arrive at a verdict. He concluded that he believed the case would be in their favor as SEC’s arguments were baseless.