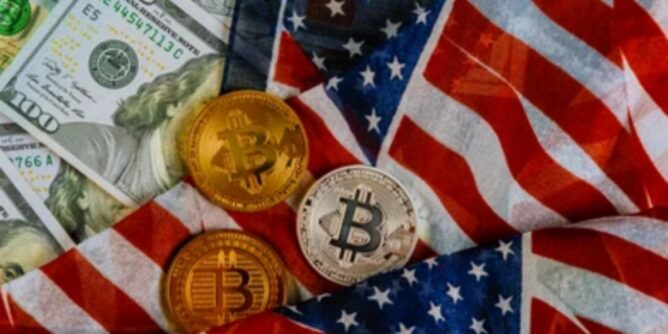 The leading cryptocurrency in the Blockchain space- Bitcoin-continues to headline the Blockchain terrain’s overall progress. However, despite the digital asset being the most valuable resource in the space, it is not short of criticisms. The operations of its investors and traders have also not been left out of the several criticisms, as financial regulators like U.S Securities And Commission (SEC) are not convinced that the cryptocurrency market is not manipulated. However, In a recent interview with Gemini CEO- Tyler Winklevoss, the Bitcoin billionaire believes that despite the threats to the operations of Bitcoin in the U.S, the government cannot stop the operations of the digital asset in the country.

Tyler believes that it will be impossible to ban cryptocurrencies

Tyler, whose other twins- Cameron, are both nicknamed “Bitcoin billionaires,” is one of the most prominent Bitcoin admirers and investors. However, the investor feels that the early operations of Bitcoin, which were subject to scrutiny by the U.S government, could have hampered the adoption of the cryptocurrency in the country. Tyler feels that the adoption of Bitcoin in the country, which is high at the moment, is why a ban does not loom over the operations of the cryptocurrency in the country.

Tyler sighted the Commodity Futures Trading Commission (CFTC) order in 2015, which regarded Bitcoin as a tradeable asset like equities and Gold. Also, Tyler sighted the impacts of Blockchain-related companies on the country’s economy. According to Tyler, many of these Blockchain-related firms like Gemini- a crypto exchange co-owned by Tyler and his brothers, are employers of labor, pay taxes, and are prominent players in the American economy. Tyler believes that it will be impossible for the country’s regulatory body even to contemplate the idea of placing a ban on the operations of Bitcoin or related Blockchain firms.

Tyler believes crypto regulations in the future might be unfavorable

The calls for regulations towards the cryptocurrency market have been on the rise since 2009 when Satoshi created Bitcoin. However, a few nations’ regulatory bodies have continued to enforce proper regulations, which have continued to improve the cryptocurrency market’s fortunes. Unfortunately, the regulations enforced in some countries have stunted Blockchain adoption in those nations. Tyler, in his interview, also believes that if the actions of cryptocurrencies like Bitcoin are restricted in the U.S, it will significantly create economic chaos in the country.

The Bitcoin investor also believes that the government will not be willing to invest their energy in a time-consuming task like restricting Bitcoin or cryptocurrency trading, as they would need to place so many technology-related costly restrictions in the country. However, despite Tyler being so upbeat about Bitcoin operations not being restricted in the country, he does not rule out future regulations that might slow down cryptocurrency adoption.