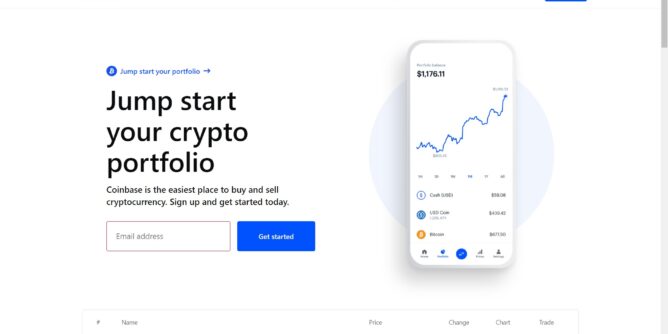 2022 is not turning out to be a good year for Coinbase, which is one of the top crypto exchanges in the United States. Its shares have taken a good beating this year and did the same recently when they experienced a double-digit drop to trade at a price of $54.88.

This recent decline in the crypto exchange’s share price came after Goldman Sachs changed the rating of the stock to ‘sell’ from ‘neutral’. It also cut down the price target of the shares of Coinbase to $45 from $70. This latest analysis came in light of the increased volatility that has been seen in the crypto market of late. Coinbase has also been suffering from the impacts of the market turmoil, as the exchange announced that it would be firing 18% of its staff.

Analyst Will Nance said in a note to investors that some additional cost-cutting measures need to be appointed by the Coinbase exchange. While the exchange has announced a hiring freeze and has also laid off its staff, analysts do not believe this will be enough because it will not have a notable impact.

There is also a prediction that the year-on-year revenues of the exchange will plummet by almost 60%. Nance stated that in light of the current trading volumes and value of crypto assets, there will be a further decline in the revenue base of the exchange.

Before this change occurred, Goldman Sachs had shifted the shares of the exchange to ‘neutral’. This means that they had neither encouraged buying nor selling the stock. But, the switch to ‘sell’ indicates that it is likely the shares of the company are going to depreciate further in the future, so the institution has advised investors to sell their holdings.

Coinbase is recognized as the largest crypto exchange, which is based in the United States. Last year, the exchange had listed directly on NASDAQ and its shares have been an attractive investment for people who did not wish to expose themselves directly to the crypto market.

The performance of the crypto market and its volatility often cause the price of Coinbase’s shares to fluctuate. When the exchange listed its shares on the NASDAQ for the first time, they had a price of $381 and the current share price is a long way from that peak.

The trading volumes of the Coinbase exchange have taken a hit due to the fall in crypto prices like that of Bitcoin. The company earns its revenues from the commissions it charges on crypto trades. Other than Goldman Sachs, Moody’s also downgraded the corporate debt of the crypto exchange. The rating agency said that it had weak revenues and its cash generation models were not good enough.

Moody’s said that the rating action shows that the fall in crypto prices that have been seen in the last few months has had a strong impact on the revenue and cash generation of Coinbase.