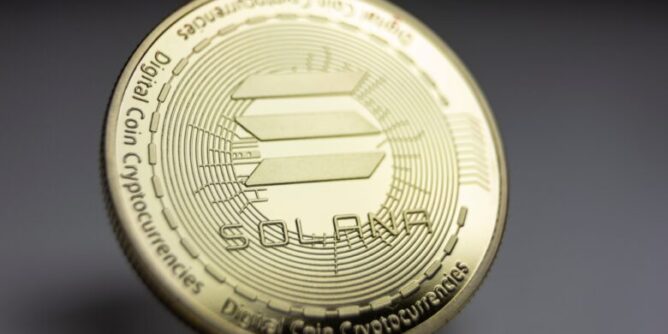 Google Cloud, one of the world’s leading cloud computing services, says it’s the latest validator on Solana. It has now increased its presence in the web3 space.

Google Cloud said it will soon launch features that will allow the Solana node runners and developers to be integrated. Solana’s price increased by 12% to reach $36.80 after Google Cloud came out with the announcement on Saturday. But it has dropped and currently sells at $31.7150 as of the time of this report.

Furthermore, Google Cloud stated via its Twitter account on Saturday that it looks forward to more. Aside from being a validator, the company also wants to include its Blockchain Node into the Solana blockchain next year. The company said the coming node engine is a complete node-hosting platform for Solana.

Google said its Blockchain Node Engine will support Ethereum first. This will let developers deliver on complete Ethereum nodes that have fully secure access to the blockchain. Those developers on the Engine will have more benefit from faster node development.

They will also have their desired area, as well as network, according to Google. Furthermore, the Engine is going to offer better configurations that prevent unapproved nodes from gaining access. It will also enable managed operations when it lets Google Cloud monitor nodes.

Google’s Web3 PM, Nalin Mittal, said the Google Cloud wants users to access cheap Solana nodes with just one click. He was speaking during the Solana Breakpoint conference in Lisbon, Portugal. Google announced its all-around plans for Solana and said it will actively take part in the blockchain’s expansion.

It further said that it would have fully indexed all of Solana’s information by the end of 2023’s first quarter. Following that, the tech company will proceed to include the indexed information in the BigQuerry, its Data Warehouse.

Anatoly Yakovenko, who founded Solana, expressed gratitude to Google for the further step of adding the blockchain’s information to its data storage. He, also, mentioned that Google can equally help the blockchain with other engineering aspects such as its SDKs.

SDKs would help improve the blockchain’s speed while developing applications.

It will equally address the continuous problems Solana has faced with storing seed phrases. Furthermore, he said lots of research have been invested into secret storing. There are now ways of partial recovery shared between users and their service providers.

Their service providers can verify the identity of every user within their network.