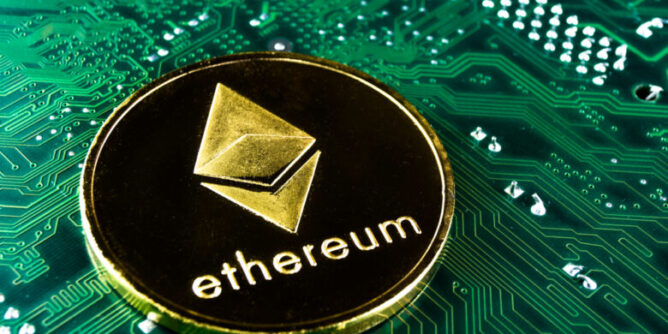 The latest news showed investors withdrawing their funds from the Ethereum network as ETH’s price declined after the merger. Simultaneously, Bitcoin gained a massive influx of investment funds suggesting that investors moved their funds from Ethereum to the Bitcoin platform.

According to news, crypto experts had initially predicted that ETH price might decline after the merge event. And as expected, ETH’s price drops drastically even after a glitch-free merge event.

Consequently, many investors have started withdrawing their holdings in ETH to cash, stablecoins, and other tokens, as reported. In addition, Ethereum recorded a loss of about $15.4 million as investors moved their funds.

However, the giant primary crypto, Bitcoin, reportedly gained a massive investment of $17.4 million simultaneously. As a result, analysts suggested that most of the fund’s investors withdrew from Ethereum deposited in Bitcoin.

The whole scenery seems contrary to what the Ethereum merge supporters had expected. They expected Ethereum to witness a massive influx of investments after the event; however, there was an enormous outflow as ETH prices continued to decline.

According to price records, the price of ETH dropped drastically from $1.8k to $1.3k after the merge. The crash supported the analysis that many investors have sold their ETH holdings.

Nonetheless, many crypto experts have predicted that should the ETH price fall below $1250 price; it might touch down to $1,000. In addition, before the merge began on 15 September, Binance recorded an ETH/BTC pair ratio of 0.0818 BTC.

However, a few hours after the merge, the pair price dropped to 0.0745 BTC and continues to decline. Despite the massive fall in price and investors emigrating, many investors are still optimistic that ETH will recover soon.

Amidst the optimistic investor was Mathew Sigel, a top crypto researcher at VanEck, who stated that ETH would become stable soon, even though he is unsure when.

SEC To Subject Proof Of Stake Tokens To Regulations

A few days ago, Gary Gensler, SEC’s executive chairman, revealed some action plans of the SEC agency in a recent edition of the Wall Street Journal. He stated that the SEC might tag staked digital assets as securities and place them under regulation.

According to the chairman, proof-of-stake (PoS) tokens have contract features that need to be regulated by the SEC agency. Gary made those comments a few hours after the Ethereum network completed its prolonged merge event.

Even though the SEC chairman did not directly point at ETH, his assertion undoubtedly contributed mainly to the ETH price fall. That is because his comment suggested that it is still uncertain whether Ethereum’s PoS consensus model would be securities or not. Hence, many investors are suspending their investments in the new ETH PoS version.