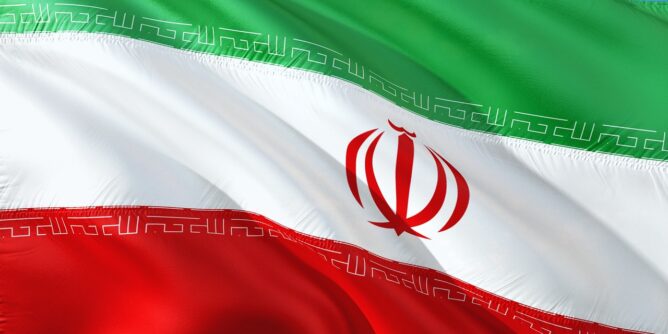 Iran is set to see the demand for electricity rise in the upcoming summer months. Therefore, in order to prevent any outages, the government has decided to do a preemptive strike and is removing crypto miners who are licensed to operate in the country from the national grid.

Crypto Mining Operations to Shut Down

Mostafa Rajabi, a spokesperson for the power industry in Iran, has confirmed that all licensed crypto mining operations in the country would be shut down from June 22nd, 2022. There are currently 118 mining operations that have a license to operate in the Middle Eastern country.

This is not the first time that Iran has decided to shut down crypto mining operations because of the higher demand for electricity. It had imposed a similar ban in the previous year, which had been removed in September. However, it should be noted that the upcoming ban has not been categorized as yet. This means it is not clear as to whether this one will be temporary, or permanent.

According to Mashhadi, power outages have already begun to happen in Iran, as complaints have risen in the last few weeks. The demand for electricity in the country is more than 60,000 megawatts and the power supply would be affected significantly if the grid continues to give mining operations access to the grid.

Apart from that, Iran has also had conflicts in the past with illegal miners. All mining operations in the country were asked to obtain a license in 2020. Since then, the government has seized a number of mining rigs that were operating without obtaining the proper authorization.

History of Mining in Iran

A lot of countries that want to evade sanctions and engage in international trade have turned to cryptocurrencies. Iran is also under heavy sanctions from the United States and it shifted its focus toward crypto mining back in 2019. That is when the government attracted bitcoin miners and issued licenses. The bitcoin they were mining was bought by the central bank in Iran.

However, this does not mean that the Iranian government and bitcoin miners have had a smooth relationship over the years. Mining operations have been halted in the country regularly. The country shut down bitcoin mining last year twice because the demand for electricity had reached levels that were unsustainable.

Before the conflict occurred between the Iranian authorities and mining operators, the Middle Eastern country had been one of the top Bitcoin miners in terms of hash rate. But, there has been a steady decline in mining operations in Iran and the global hash rate will not suffer from it.

Cambridge’s Bitcoin Mining Map show that in terms of mining, other countries are moving ahead of Iran. Iran’s contribution to the global hash rate had been 4.5% in May, 2021 and it had increased to 6.9% in June. But, as of January this year, the hash rate from Iran has declined significantly to 0.2%, which reflects the pull back from crypto mining in the country.