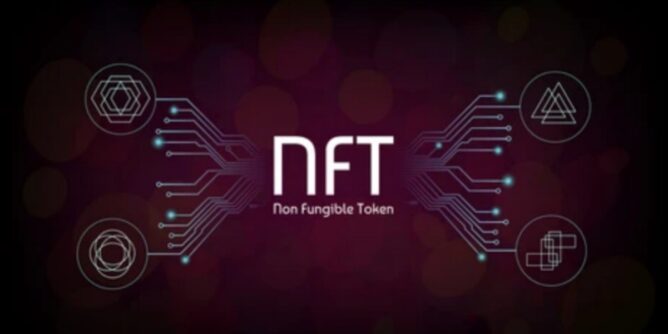 Non-fungible tokens (NFTs) continue to make waves in the cryptocurrency space amidst rapid interests in the unique digital tokens within and outside the cryptocurrency space. The non-physical digital assets have taken the Blockchain space by storm, as they have not only generated massive attention for the relatively small market but have also generated massive revenue for the digital artists and core players of the NFT markets. However, Legendary Entertainment, popularly known for its blockbuster movies and series productions, is now the latest player to launch into the NFT space. Surprisingly, the Entertainment company has now launched three new NFTs on the same day that it released its much-anticipated movie- Godzilla vs Kong.

The release of the much-anticpated movie, Godzilla vs Kong, was announced earlier today by Legendary Entertainment, much to their viewers’ pleasure who have been earnestly waiting. However, no one predicted that the digital media company had more on its pipeline to offer its anticipating customers. Legendary Entertainment has now confirmed that, while Godzilla vs Kong will be showing in cinemas from today, their three NFTs are set for auctioning in different digital marketplaces.

The NFT pieces, which will first launch on MakersPlace, consists of creative works of art from the popular artist- Kode, also known as Boss Logic. The media company has also announced that, apart from the works launching on MakersPlace, an NFT piece related to the new movie will also launch today on another NFT digital marketplace- Terra Virtua. The entertainment company’s choice of Terra Virtua is believed to be because of the NFT marketplace exposure to entertainment-related NFTs in the past.

While Legendary Entertainment has now released their NFT pieces on variants digital marketplaces, there is no confirmation at press time of how much revenue has been generated from the NFT pieces. The surge in demand for NFTs has paved the way for many sport and Entertainment- related outfits to take advantage of the growing space. The meteoric rise behind the NFT market, which had seen digital marketplaces record more than $400 million in revenue this year alone, shows that the NFT space will continue to thrive.

Since the beginning of the year, major brands and various sports and entertainment outfits have continued to flirt around the NFT space, getting involved around the digital collectible offerings of the small cryptocurrency space. However, the turning point for the NFT space this year was when Beeple- one of the highest earners of the space, sold his NFT piece for a record-breaking $69.25 million. That sale represents the highest ever revenue generated from an NFT piece and currently thwarts every record sale amassed all through 2020. Since then, NFTs have now continued to make the headlines, as the young crypto market is expected of bigger things this year.