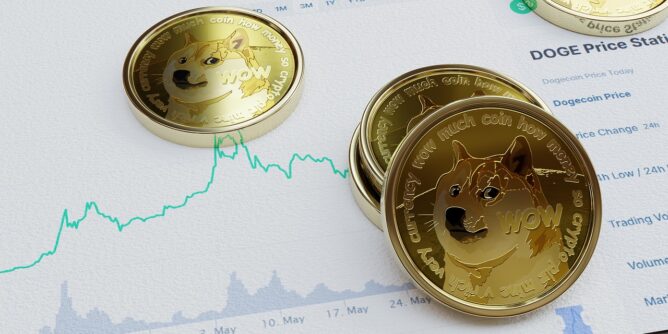 As the cryptocurrency industry has grown very attractive, many institutional investors and influential people have sided with their favorite cryptocurrencies.

For instance, Michael J. Saylor from MicroStrategy prefers Bitcoin (BTC) over any other cryptocurrency. Mark Zuckerberg seems to be supporting the native token for his own metaverse.

Then there is Mark Cuban, a very successful entrepreneur, as well as a major investor from a TV show, Shark Tank, who is also supporting Dogecoin.

Mark Cuban seems to be preferring Dogecoin over any other cryptocurrency. He recently made a comparison between Dogecoin (DOGE) and Cardano (ADA) where he expressed full support for Dogecoin.

According to Mark Cuban, it is true that Cardano has gained a lot of public attention and is well-recognized among crypto investors. However, many other cryptocurrencies have gained the same recognition and identity throughout the world.

Cardano does not have anything unique or very viable to offer to the cryptocurrency and mainstream users. The digital asset is yet to prove itself and show exactly how it is able to compete with major names within the crypto-verse.

He even commented about the founder of Cardano, Charles Hoskinson stating that he would ask him about the revenue Cardano has made recently.

Mark Cuban stated that he thinks that the people in Africa are not used to Cardano. They do not use it much or may not prefer using it over other cryptocurrencies.

He stated that the people must look at the transaction volume as well as the fee revenue for Cardano.

He added that these are the figures that Cardano is missing and for him, these are the factors that must be kept in mind when looking at an asset’s performance.

Cuban added that he has not seen Cardano make much of a difference in any particular space or sector. It was a year back when Cardano implemented its smart contract.

Therefore, its utility is very limited, and not many people have adopted Cardano in recent years.

In Cuban’s view, Dogecoin has more utility to offer than Cardano. The meme coin has been adopted by a number of mainstream institutions. Even Cuban’s own website for the “Dallas Mavericks” accepts Dogecoin for the sale of merchandise and other products.

Then comes Tesla, SpaceX, Gucci, and many other mainstream companies that are already accepting meme coins. This is what the utility is and makes Dogecoin’s future much more secure than ADA.