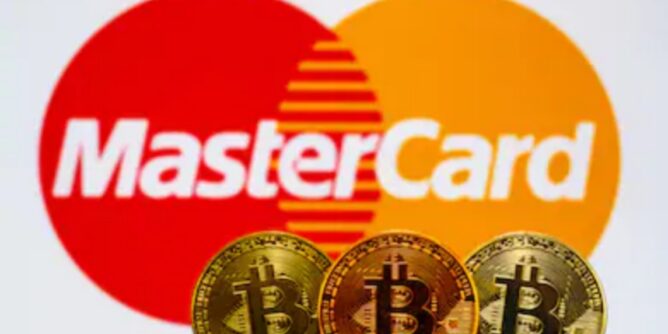 The digital asset space now has institutional participants, showing the current expansion the space sees. Some days ago, Tesla announced its hefty investment into Bitcoin, MasterCard is now adding support for transactions done with specific cryptocurrencies. Another payment company, PayPal, joined the space some months ago, and its entry brought in larger volumes for the crypto industry.

The platform’s ease and security assured even critics of digital assets on cryptocurrency investments, bringing in newer investors. The online payment company shared the revenue gotten from the limited crypto trading platform and revealed how it exceeded expectations. Now, MasterCard’s announcement could mean that other mainstream companies might join the industry soon, with the card company’s support from stablecoin payments.

MasterCard would support only some cryptocurrencies

While it’s great that the card company is finally joining the digital asset space, it’s unfortunate that Bitcoin holders would not benefit from the new feature. The company had previously made crypto cards to facilitate payments with cryptocurrency.

This new feature would allow clients to directly make payments, thereby being time-efficient. The mainstream company revealed via a post that it would support some cryptos directly on its network. It’s safe to note that the firm had partnered with some crypto-related companies like Wirex to facilitate crypto card payments.

The company spoke on the tedious nature of crypto cards by saying that its partners, who are crypto-related firms, converted from digital assets to fiat currency before sending it through the MasterCard network for processing. The card firm assured that it would simplify things by supporting cryptocurrencies, thereby making more merchants accept the digital assets. However, the firm added that the feature is limited to certain digital assets.

MasterCard revealed that its biggest motivation for the new plan is to reduce inefficiency as the previous method leads to many conversions, which is time inefficient. Many firms refuse digital currencies due to their volatile nature, but with the asset’s recent boom, many firms are willing to explore the digital asset space to enjoy some benefits.

MasterCard would only support stablecoins

Stablecoins are becoming extremely popular amongst many institutions, mainly because of their ability to remain stable instead of other coins like Bitcoin and Ethereum. The latter’s volatility discourages many people who understand how fast and sudden price changes come at some points. The stablecoins are also digital assets, but they are not as volatile as other cryptocurrencies and are usually pegged to a fiat currency, mainly the US dollar.

The firm added that its search for a reliable and secure digital asset made it decide to support stablecoins, which tend to be better for payments due to their stable nature. The company revealed that crypto’s support follows some criteria, such as security, regulations, and compliance measures.

The customer needs to spend an asset and not hold it, which is popular for some cryptos like Bitcoin. The firm had shown some interest concerning the digital currency industry by launching a platform where countries could test their Central Bank Digital Currency, which is currently gaining some waves.