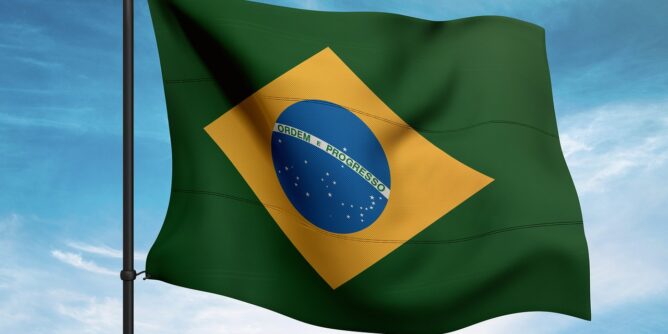 A leading e-tailer based in Latin America, Mercado Libre has announced ‘Mercadocoin’, which is its own token, for its clients in Brazil.

The token will be given out as a reward in a loyalty program on the company’s platform and it will be given to customers who buy certain items that are connected to the token.

The initial value that has been assigned to the token is around $0.10.

A financial services unicorn and retailer in Latin America, Mercado Libre recently disclosed that it was incorporating cryptocurrency in its royalty program.

The company had recently announced its own token, which is named mercadocoin, and it will be used for giving rewards to the users.

Based on the Ethereum blockchain, the token will be given to users that buy those items on e-tailer’s platform that are part of its loyalty program.

The company has already implemented the program, which is currently only available for Brazilian customers.

However, Mercado Libre did disclose that it intends on extending the loyalty program to other regions of Latam as well. But, no details were offered about this expansion.

Initially, there will only be 500,000 people who will be able to participate in the loyalty program, but Mercado Libre intends to expand it to include its full 80 million user base before September.

As mentioned earlier, a price of $0.10 has been assigned to the Mercadocoin initially, and then it will be permitted to float in the market.

It should be noted that the token is an ERC-20 token and Mercado Libre does not have any intention of making it available on external exchanges.

This means that it is possible to fund parallel markets in various decentralized exchanges like Uniswap. The purpose of launching this token initiative is to improve the e-tailer’s situation in Brazil.

It has been dealing with tough competition from a number of emerging foreign firms, such as Sea Ltd. and Alibaba, who have seen their sales numbers rise significantly.

Uses of the token

The token has been designed to fulfill two different purposes. First off, it will be used as a payment method for items available on the Mercado Libre platform.

Secondly, it will also be integrated with Mercado Pago, which provides trading services, and this will allow users to exchange it for other assets.

It was last year that Mercado Libre first made their foray in the crypto space, as the company had introduced their trading services in Brazil back in November.

The company also announced this month that it would now be expanding its crypto trading services to other areas in Latam.

Mercado Libre’s founder, Marcos Galperin is a strong supporter of cryptocurrencies. He went as far as declaring bitcoin to be a better store of value as opposed to gold.

However, he did question the use of bitcoin because of the huge amount of electrical energy that is consumed for sending or receiving the cryptocurrency, something that has drawn a lot of criticism from many.