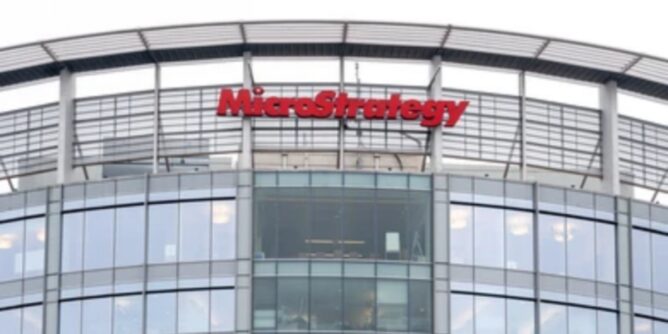 The rapid growth of Bitcoin has been attributed to several factors, ranging from its mining operations to the recent social media influencing of the coin, which had seen prominent figures like Elon Musk move the market by mere words of mouth.

However, many investors have believed the rapid growth of institutional investment in cryptocurrency is a big factor driving prices, as has happened before. In a recent press release by Microstrategy, one of the biggest publicly known institutional investors in Bitcoin, the firm plans to add $600 million to its $1.4 billion already in Bitcoin.

Microstrategy to invest another $600 million

The CEO of Microstrategy, Micheal Saylor, is one of the most influential and publicly known admirers of Bitcoin, alongside CEO of Twitter and Square, Jack Dorsey. Saylor, in a conversation exchange with the CEO of Tesla, Elon Musk, confirmed to the Investor that his firm has cumulatively invested about $1.4 billion in Bitcoin already.

With the recent news from Microstrategy, Saylor is leading his firm to increase their investment portfolio in Bitcoin by another $600 million. In the press release, the technology firm plans to raise the proposed investment fund by selling senior convertible notes to their investors, who will earn their yields in the next six years.

The reason behind the proposed sale of the notes is to raise funds for the new proposed investment in Bitcoin, as Saylor is one of the people who believe in the long time reward of Bitcoin. This is not the first time this is happening, as Microstrategy has also in the past sold convertible notes to its institutional investors and partners in a bid to raise funds for investment. However, according to analysts, if Microstrategy adds another $600 million to its Bitcoin investment, it will be the first known public company to have an investment worth $2 billion in cryptocurrency, surpassing Elon Musk Tesla’s $1.5 billion.

Institutional investments in Bitcoin continue to rise, as many firms believe that investing in the cryptocurrency will amass them profits in the future. Micheal Saylor is publicly known as a firm believer of Bitcoin, as the businessman is always available to provide any help to potential investors and admirers of the digital assets.

However, rumors have it that many institutional investors will soon follow the footstep of Microstrategy, as Saylor is publicly known as a Bitcoin investment influencer. The Microstrategy CEO was believed to have convinced Musk to invest $1.5 billion of Tesla’s reserve in Bitcoin, a move that took the world by storm and the crypto token price.