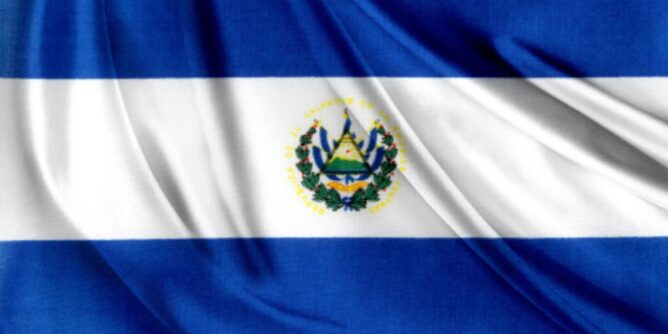 Analysts associate El Salvador’s mounting external debts with its adoption of Bitcoin, as its BTC portfolio value drops by 57%. Meanwhile, the country’s president is seeking reelection.

The latest news showed that El Salvador is at risk of falling into delinquency as its external debts keep multiplying. Analysts suggested that the country’s situation was due to crypto adoption as its BTC wallet’s value dropped by 57%.

Last year, Nayib Bukele, El Salvador’s president, adopted Bitcoin as a legal means of payment within the country’s territory. Then, he was applauded as a brave leader who embraced technological advancements to develop his country further.

Bukele reportedly wanted to construct a mega crypto hub where users could enjoy tax-free transactions. Furthermore, the country announced in November 2022 that it would buy about $1 Billion in BTC bonds to fund its mining and energy project.

However, all his plans remain in dreams as the bad crypto market stalls his progress. According to statistics, the country bought 2381 Bitcoins worth $107.2 million in September last year.

However, his portfolio has dropped by 57% as the BTC is currently worth about $46.27 million. In addition, reports showed that the International Monetary Fund agents advised the president against the potential risks involved in the adoption.

They stated that it might hurt the country’s economic stability & integrity, and user protection. However, president Bukele forged ahead, unyielding to the advice, claiming the nation was making the right decision.

Nonetheless, El Salvador is reportedly faring well in its tourism sector. According to statistics, the country’s incoming tourist has significantly increased from 707k to 1.2 million this year.

However, despite the rise in the country’s revenue via tourism, analysts believe that its debt will continue to pile up as it ventures deeper into crypto. Recently, an analytic rating firm, Fitch, rated El Salvador CCC, adding that the country might owe external bonds funds by 2023.

Another eating firm, Moody, associated the country’s debt with adopting Bitcoin as it made the IMF reluctant to give El Salvador loans. Regardless, President Bukele remains optimistic as he hopes to use the tourism revenue to settle the existing debts.

Furthermore, the country has been finding common ground with the IMF regarding loans. In addition, the president is calm about the current economic situation as he seeks to rerun as the nation’s president.

Interestingly, since he became president in 2019, his fame has continued to increase across the country. A statistical firm recently reported that he is the most popular president in Central American nations as he has an 86% popularity rating.

He expressed his wish to rule the country for a second term, counting on two things. First, he wishes the public would continue to support him, and second, that Bitcoin recover from its loss soon.