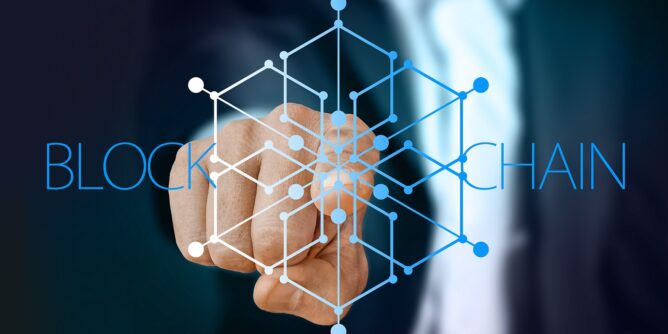 The applications of blockchain technology appear to be growing, not just in the crypto market, but in the world of traditional finance as well. The biggest stock exchange in Nigeria, which is called the Nigeria Exchange Ltd., recently announced a trading platform that uses blockchain technology. The exchange plans on launching the trading platform next year with young investors as its target clientele in order to provide support to the capital market.

According to the company’s disclosure, the primary purpose of the integration of blockchain technology is to help in making settlements in the trading process. Bloomberg noted in a report that the exchange was planning on partnering up with a technology firm. Moreover, the exchange also claimed that it would be able to secure regulatory approval for the trading platform before its launch.

Temi Popoola, the chief executive of Nigeria Exchange Ltd., said that different areas of the capital market could take advantage of the features of blockchain technology. He said that this was application in the case of developing new products, as well as facilitating the trading of financial assets of the exchange.

Focusing on the Younger Demographic

Popoola said that they had decided to make this move in order to focus on the younger population in Nigeria, which is taking a great deal of interest in blockchain technology. Temi stated that they wanted to figure out how they could leverage blockchain technology for growing their market. Last year, the company had partnered with MTN Group Ltd. for its first electronic share offering, which was oversubscribed 1.2 times.

85% of the people who had subscribed to this product were below the age of 40. Paxful had also published a report, which showed that the largest volume of crypto transactions, excluding the United States, was generated by young Nigerians. A marketplace designed for trading bitcoin, Paxful disclosed that the platform recorded about $185 million crypto transactions that were conducted by Nigerians in the first three months of the year. This was a quarter of the total transactions that were made during this time span.

For now, the Nigeria Exchange Ltd. has not disclosed if its newest offering will also involve cryptocurrencies. If it decides to add crypto to its offerings, then the platform would have to be compliant with the rules set forth by the Nigerian central bank and also the country’s Securities and Exchange Commission.

It should be noted that the Central Bank of Nigeria has not been a proponent of cryptocurrencies. As a matter of fact, it had gone as far as banning the entire banking sector in the country from facilitating crypto transactions. It had also asserted that cryptocurrencies were a risk for the traditional financial sector. Nigeria’s SEC had said at that time that they had developed a regulatory framework designed to protect the investors. The country also launched its central bank digital currency (CBDC) recently and said that it could be used for bill payment, TV subscriptions and flight tickets.