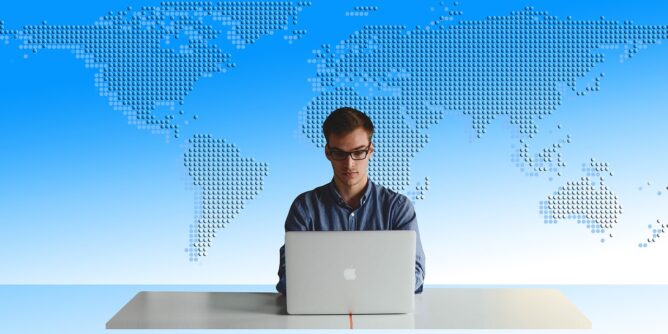 On Friday, central banks from Nigeria and Kenya said that financial stability is at risk because of cryptocurrencies, whereas the problems could be resolved via the use of central bank digital currencies (CBDCs). This is because these can help in reducing transaction costs and ensuring financial inclusion for everyone.

Last year in October, Nigeria introduced its own digital currency called eNaira and the deputy governor of the central bank in Nigeria, Kingsley Obiora stated that it could lead to inclusion. He was speaking at a virtual event that AbebeAemroSelassie was moderating. He is the director of the International Monetary Fund (IMF) Africa.

The launch of the e-Naira made it the first CBDC to be introduced by a central bank in Africa. The crypto community and industry experts were quite skeptical about the currency launch, and Obiora did not shed any light on the use of the e-Naira either.

Patrick Njoroge, the governor of the Kenyan central bank said that the country could also introduce its own digital currency in order to reduce cost of cross-border transactions. Both central bank heads criticized cryptocurrencies, with the Nigerian central banker claiming that their volatility made them unsuitable as a payment method. He stated that it could render the financial system unstable.

The Popularity of Crypto Assets

It is a fact that Nigeria has seen massive popularity of cryptocurrency in the country, even though banks were banned from handling them since February 2021. Likewise, Kenya has also seen them gain popularity, even though its central bank is warning about the risks associated with them.

Talking about cryptocurrencies, Njorogestated that the hype was very strong, even though there were only a small number of transactions that could be conducted via bitcoin per second. He stated that it was possible to regulate these as a ‘wealth product’ rather than a payment method.

He revealed that they had conducted a public consultation on a CBDC and the central bank was now evaluating the results. He also stated that financial inclusion was not as big of a need in Kenya, as it was in Nigeria, because the usage of mobile money is high in the country.

There is a digital currency pilot program currently being operated by South Africa, together with Australia, Malaysia and Singapore. South Africa also said that they could use CBDC for executing cross-border transactions.

Obioraand Njorogealso said that the inflation in fuel prices as a result of the Russia and Ukraine conflict was creating numerous problems in their countries. The Nigerian central banker stated that ordinary people were suffering the most in this scenario. Njoroge stated that there was a lot of collateral damage and they were hoping that G7 countries would resolve the issue with the Russians to bring down the oil price.

Interest rates in Kenya went up by 50 basis points in the previous month, which was the first increase by the central bank in almost seven years. The goal was to curb inflation.