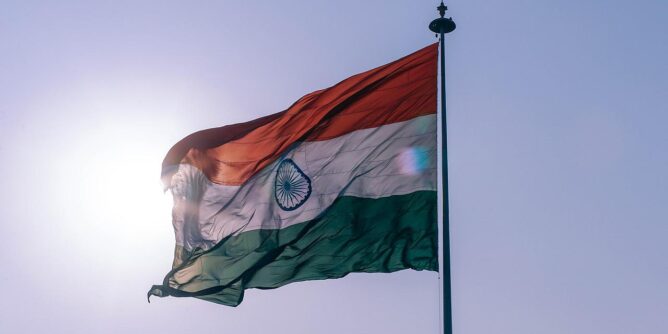 Even though the Indian government has a historically negative perspective when it comes to the crypto sector, the number of crypto users in the country has gone up.

According to statistics, there are about 115 million crypto investors in the country.

Crypto exchange KuCoin is behind the latest gauge on the Indian crypto user numbers, which released its findings on Tuesday in a report called ‘Into the Cryptoverse India Report’.

The estimated 115 million users in India are about 15% of the country’s total population and are between the ages of 18 and 60.

One of the most prominent highlights of the report was that 33% of those who participated in the survey were concerned about the ambiguous government regulations that could deter potential investors.

Another aspect that was evident in the survey was security concerns, with 26% of people concerned about exploits and hacks.

Likewise, there were also 23% of people were worried about losing their money if there was a security incident.

There are barriers to onboarding the crypto sector in India, along with those applicable to continued adoption.

The primary concerns of the Indian population in this regard are security and regulatory considerations and education.

41% of the people who responded to the survey admitted that they were unsure of what type of cryptocurrency they should invest in.

About 37% of the respondents said that they thought managing the risk of portfolios was a difficult task.

Another 21% of the respondents were not familiar with how cryptocurrencies work. A growing number of crypto users in India is below 30, with 39% between 18 and 30 in the first quarter of the year.

A prominent theme was making crypto investments for the future, with 54% of the participants believing that crypto can generate high returns in the future, as opposed to conventional assets.

Johnny Lyu, the chief executive of KuCoin, said that the findings of the report were accurate in terms of the number of crypto investors in India.

He also said that they expected to see a rise in this number because it is the most populous country globally and its middle class is becoming tech savvy rapidly.

Lyu said that even though local crypto market sentiment had suffered due to the government’s stance, people are still interested in new methods of accumulating value.

Moreover, the CEO said that regulatory concerns were not the only factor that was affecting the rate of crypto adoption in India and other factors were also at play.

He said that the Indian population merely needs to become educated about the potential use of crypto and its underlying technology to ensure mass adoption.