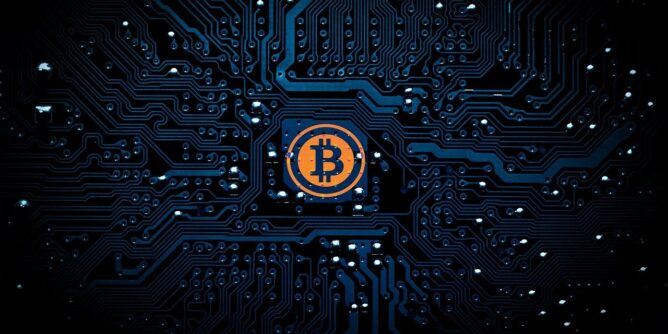 The crypto environment in India has not exactly been a favorable one. In fact, the crypto community deems it hostile, given the heft taxes that have been imposed on the sector.

But, even though it may not be pro-crypto, the country has been more positive toward blockchain technology.

The Reserve Bank of India (RBI) is now exploring ways to implement this technology for facilitating cross-border payments.

Based in India, a neo-banking firm by the name of Open Financial Technologies, is planning on leveraging blockchain technology to make cross-border payments.

The Indian central bank has given it the green light to provide a monitoring solution that can be used for conducting cross-border transactions.

Reports indicate that initially, a solution will be unveiled by Open Financial Technologies by the name of BankingStack, and this will be for the US-India corridor.

The enterprise banking product would be made available to financial institutions that operate in this specific corridor for unveiling a digital banking solution in a matter of weeks.

It will be an open-source product, which means that all involved parties would be able to access records at every stage of the transaction.

The chief executive and co-founder of Open Financial Technologies, Anish Achuthan said that they would be able to ensure immutability in cross-border transactions via the solution.

The CEO also disclosed that they were interested in working with banking institutions that have their own products to facilitate payments across borders, as this can benefit numerous SMEs in the country.

It should be noted that Open Financial Technologies is not the only company that the RBI has approved for launching cross-border payment products that are powered by blockchain technology.

There are three other companies that are doing the same and are part of the Regulatory Sandbox program that was introduced in India last month.

The initiative had first been launched last year in September. The approval of Open Financial Technologies comes at a time when the US dollar is depreciating.

It is believed that such platforms would be able to remove the impact of currency movements and the strain it causes on exporters and importers.

Not only has the Reserve Bank of India (RBI) partnered with the private sector, but it also plans on incorporating blockchain technology into the country’s core banking system.

The Indian central bank had entered into a partnership in July with leading commercial banks in the country for the use of blockchain technology via a trade finance platform.

The Innovation Hub of the RBI is leading the project and it is aimed at ensuring that banks can have Letter of Credit (LC) records, which are tamper-proof, as they would be backed by blockchain technology.

A workshop has already been organized by the Innovation Hub with the participating banks and US-based companies have also given their support.