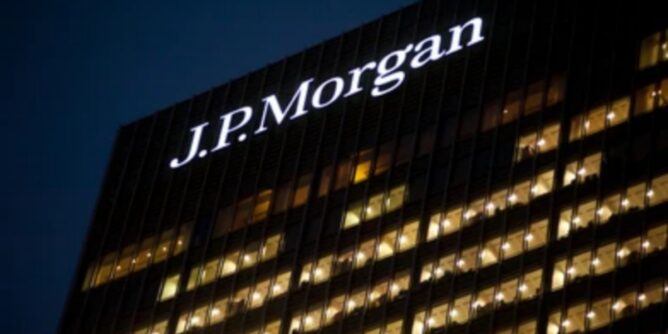 The Investment bank listed 11 stocks available for investors to buy. Square is included, but Tesla is absent on the list. JP Morgan has disclosed that it will commence a “crypto expose basket.” People could invest in structured notes with their value linked to eleven stocks from firms that trade or hold cryptos such as Bitcoin, Ethereum, and others. Liquidity and the extent of each firm’s exposure to Bitcoin are the criteria used for the selection. JP Morgan Chase picked companies such as Microstrategy, Nvidia, and others. Four out of the selected firms have 68% of the total selection. However, Tesla is absent from the list.

In January, Tesla invested $1.5 billion in Bitcoin, which is 0.3% of its total funds being invested in Bitcoin. With such a large investment, Tesla is second to only MicroStrategy in terms of exposure to Bitcoin. Hence, it is expected that the change in Bitcoin’s price could have a significant effect on MicroStrategy’s price on the stock market. Comparatively, Square holds 8,027 worth of Bitcoin, making it 0.4% of its total asset. Riot holds 1.175. Bitcoin, making it 1.7% of its assets. Although Nvidia is holding no Bitcoin, it processes graphics that are utilized for crypto mining.

JP Morgan considers the price of Tesla’s stock as overvalued. In December last year, the investment bank, in a statement it circulated, advised investors to avoid Tesla stock and not place it on the same level with the S&P. The advisory firm hinged its advice on the fact that Tesla shares are too expensive. Meanwhile, on December 9, when JP Morgan issued the advice, Tesla settled at $604, but it has now risen to $668. Recall that Tesla stock fell from a record level of $900 to above $600 now. Since then, there has been no significant movement in its price to change the opinion of the investment advisory bank.

The development indicates more institutions are becoming attracted to Bitcoin

JP Morgan didn’t deem it fit to include Tesla in the basket of cryptocurrency firms. It, however, included Paypal, which has 10% for adding Bitcoin and other cryptocurrencies to its payment options. Likewise, the investment bank said Advanced Micro Devices, which takes 5%, Intercontinental Exchange holding 4%, while others hold the remaining 32%. The lowest people can invest in the basket of the stocks is $1000, while JP Morgan charges 1.5% as its fee.

JP Morgan’s move to launch such a basket of currencies that have exposure to Bitcoin indicates gradual Wall Street acceptance of the crypto market. Meanwhile, the investment firm has noted that the initiative does not necessarily indicate that the basket of companies is exposing investors to Bitcoin. Likewise, there may not be a direct correlation between stocks and any cryptocurrencies. Recently, Goldman Sachs has discovered that more than 40% of its customers that it surveyed are holding cryptocurrencies. Now, Goldman Sachs has launched a new desk to commence cryptocurrency trading.