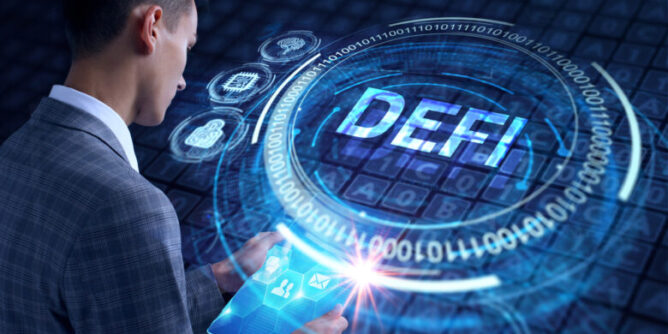 According to news, the team behind the rebranded DeFi project, rhino.fi described it as the gateway to DeFi. They added that rhino.fi do not need any middlemen, such as on-chain bridges, to swap tokens.

Consequently, the new project reduces transaction charges set by third-party network providers. Furthermore, Yanev pointed out that DeFi does not have enough enticing features it requires to reach its full potential.

She added that until the missing components are present, users would not enjoy the DeFi sector as they should. In addition, the CEO stated that developing countries might not feel the impact of DeFi enough.

However, people in countries that have unstable economies and inflation issues would appreciate the problem-solving capacity of DeFi better. The team behind the rhino.fi explained that the protocol has a balanced combination of decentralization and user-friendliness that the DeFi sector requires to reach its maximum potential.

Initially, Ethereum was the only crypto network that could host Decentralized Finance protocols. However, with the expansion of the sector, many network chains now can host DeFi projects.

Furthermore, these chains have different areas on which they capitalize on. Consequently, the existence of various chains created the issue of funds scattered across chains.

Evidently, statistics showed that users recently moved about 45% of DeFi Total Value Locked away from the Ethereum platform to other platforms. The developer team designed rhino.fi to help users enjoy the peculiarities of all the existing chains that host DeFi projects on a single platform.

Additionally, rhino.fi is a 2nd layer solution that helps users to keep track of their funds efficiently. It allows users to collate their balances from different blockchain platforms for easy auditing.

The rhino.fi team added that in case the newly rebranded protocol is hacked or the 2nd layer solution turns malicious; they would return users’ funds to their respective wallets. Currently, rhino.fi is compatible with swapping on polygon networks alone.

The team revealed they are still developing the protocol to work with Avalanche and Arbitrum platforms. They added that they would issue an official statement to notify the public once it is ready.