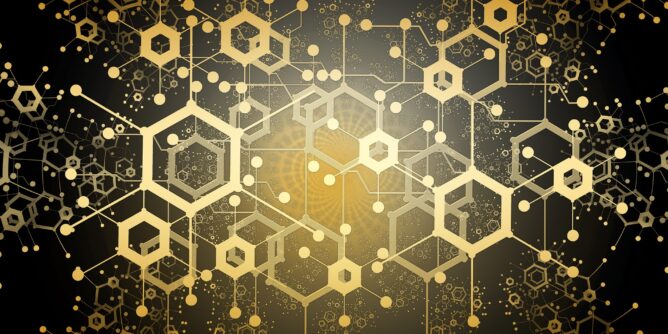 The technology and manufacturing conglomerate in Russia, Rostec recently announced that it has come up with a new system that could be used as an alternative to SWIFT. The new system would have the capability of digital currency storage and could also be used to process international payments. The platform is based on blockchain technology and could come in handy for Russian banks, as they no longer have access to the SWIFT payment system. The state-owned corporation used the underlying technology that is powering some of the top cryptocurrencies in the market, such as Bitcoin. SWIFT is well-known as the payment messaging system used globally and Rostec has come up with CELLS to serve as an alternative.

Banks in Russia are unable to access the SWIFT payment systems because of the sanctions of western nations due to its so-called military operation in Ukraine. The country has found itself isolated in the last couple of months, especially when it comes to access to foreign exchange reserves, global finances as well as conventional methods of payment. Moscow has been trying to leverage its trade deals for switching to payments made in its national fiat i.e. the ruble, or the Chinese yuan. As a matter of fact, the Russian Federation is also exploring the possibility of using cryptocurrencies to make their international payments.

This is primarily because some of the largest Russian importers and companies are struggling with making payments in the US dollar. Oleg Yevtushenko, the Executive Director of industrial giant Rostec, said that a blockchain-powered digital payments system could be used in place of SWIFT and it would be able to execute secure, fast and final transactions. He went on to say that CELLS could be used for evading the western sanctions imposed, making payments in national currencies and ensuring that the national financial policy of the country remains independent in terms of clearing.

The NovosibisrkInstitute of Program Systems (NIPS) is behind the development of the payment system named CELLS. The designers of the institute wanted to use the distributed-ledger technology (DLT) called blockchain for developing a batch of products and services. Their goal was to come up with something that would help in conducting multicurrency transactions, making international payments, storage of digital currencies and also verify the identity of the users. According to the report, the system is capable of processing about 100,000 transactions in a second.

In fact, they will also be able to boost its speed and capacity down the road. The creators of the CELLS system have promised that it will be used for developing a platform that can be used to create web apps and a system for data storage. They also want to use it for providing a service of ‘digital passport’ and come up with other solutions that will also be useful. The development of this system could assist Russia in managing its finances after Western countries continue to impose new sanctions because of its ongoing conflict with Ukraine that are making things difficult for the country.