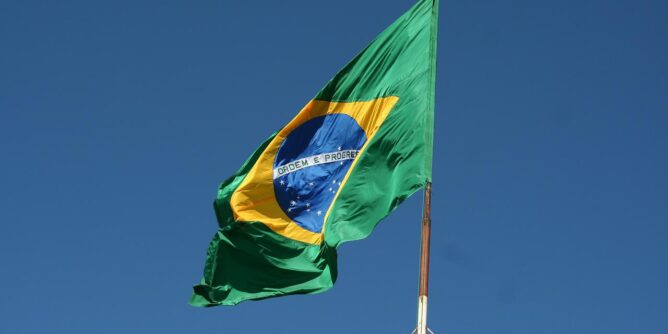 One of the biggest banking institutions in the world, Santander announced that it is planning on launching cryptocurrency services in Brazil in the coming months.

Mario Leao, the chief executive of Santander, made the announcement in an interview and said that they are looking for the best way of entering the crypto services sphere.

Other fintech and banking institutions in the country have already begun to offer crypto services to Brazilians.

Known as one of the biggest financial institutions globally, Santander has a customer base of about 153 million.

The bank recently made the announcement of introducing crypto services for its clients in Brazil and its CEO disclosed that they may introduce these services in the next few months.

Leao said that they expected to have clear definitions about their crypto services in the next few months. The executive said that it could be in their next quarterly results release, or even earlier.

Leao also added that the crypto market was not going anywhere and that they were not just making this move in reaction to their competitors delving into the crypto space.

He explained that the financial institution had decided to do so because of customer demand from users in Brazil and the company was looking at the best way they could make their venture into this arena.

While Santander is still working on developing a clear and comprehensive law framework for cryptocurrencies, many fintech companies and banks in Brazil are already considering offer crypto investment products in Brazil because of the demand of their customers.

One of Brazil’s largest banks called Itau Unibanco is one such institution, which reported earlier this month that it was exploring the possibility of introducing such products.

Likewise, a popular fintech payment and wallets company called PicPay also announced that it would integrate crypto services on its platform.

In addition, the company said that it was also planning on launching a stablecoin later in the year, which would be pegged to the Brazilian real i.e. the local fiat currency.

Another financial company based in Brazil called Nubank had introduced crypto trading and crypto custody services on its platform this year in May.

This announcement was made by the vice president of the new business of Visa in Brazil, Eduardo Abreu, last year in September.

This does not come as a surprise because Latin American companies have seen the popularity of cryptocurrency explode recently.

Statistics have shown that adoption in Latam has reached impressive heights and this has drawn the attention of global crypto companies.

Brazil is one of the top countries where cryptocurrencies are enjoying a lot of popularity and their adoption has also increased quickly.

This move by Santander would also help the banking institution in tapping into this lucrative market in Brazil and expand its operations.