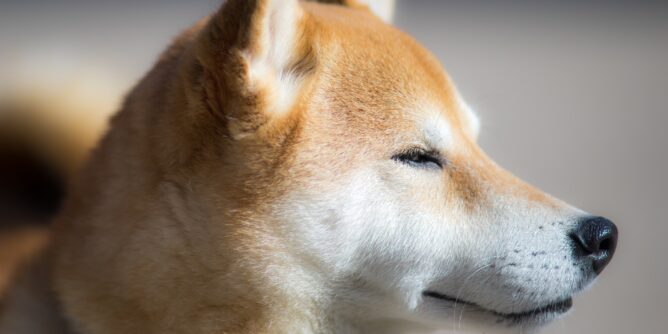 The price of SHIB (Shiba Inu), a token created to imitate the success of DOGE (Dogecoin), has increased tremendously by 32,500% in the previous 30 days, and by consequence, there was congestion on the Ethereum Blockchain Network, making the network fees for each transaction unbearably high since yesterday.

According to information from Etherscan, the average fees for the ETH network is now nearly $9 as at the time this article is being compiled. To transact the ERC-20 tokens (a huge number of assets on the network that are not ETH-based), the users will incur an average of $28 as the network fees. Though the cost of swapping tokens on decentralized exchange Uniswap rose to over $260 at some point yesterday.

A crypto analyst mentioned that one of the major factors adding to the congestion on the Ethereum network could be the massive trading of the DOGE replica.

In response to the unbearable hike in the fees incurred for transactions, Cermak tweeted, “Ah shit. Here we are again. He then added to the tweet, “Is this Shiba Inu token causing this? Looking at the great hike in the transaction gas fees. Dafuq, is it?”

He added to the tweet later that: “it looks like some influencer smoothbrain on TikTok is shilling it and then causing the spike in the gas? There is no idea of why [it is happening] now and why it rose to over a billion dollars today on Uniswap.”

Indeed, the center of attraction for traders is now SHIB after the surge in the price by 500% just yesterday alone as it hit a new ATH of $0.0000195 based on the data published on a cryptocurrency metrics platform, CoinMarketCap. Notable to mention, in less than a month ago, the price of the token was $0.00000006, which is about 1/325 fraction of the new all-time high.

As shown by the On-chain data, Out of the daily volume of Uniswap of about $2.4 billion yesterday, nearly half of it can be attributed to the SHIB/ETH trading pair. With a total mint of 1,000,000,000,000,000 tokens, Shiba Inu is ranked as the 30th largest crypto in terms of market cap.

No one could say for sure what the cause of the explosive and sudden growth of SHIB could be. Some analysts mentioned the SpaceX and Tesla CEO Elon Musk’s recent tweet, which caused a rally in the price of Dogecoin.