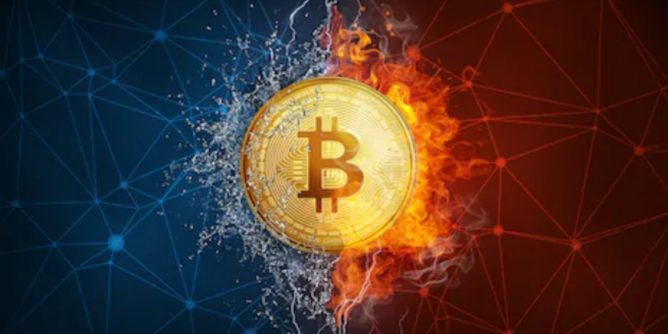 SkyBridge has officially become the latest company to take advantage of the rise of the crypto space after investing $310M in its bitcoin fund known as SkyBridge Bitcoin Fund LP Bitcoin. The digital currency has been one of the talking points in the business world following its recent bullish record-setting run, which has seen it reach a series of all-time high on various occasions.

Disclosing the reason behind the company’s decision to put such huge money into the cryptocurrency, SkyBridge’s Founder and Managing Partner, Anthony Scaramucci, said that he believes this is the best time to take such steps. According to him, the crypto space is getting the attention it deserves from the public; so, it’s high time the company ensures clients can access the digital asset.

In the same vein, Scaramucci believes SkyBridge won’t be the last company to take this path. He predicts that more companies and businesses would be convinced to make the same decision due to the industry’s rapid evolution. He equally reveals the company’s huge trust in the system to provide top-notch security for all investors.

In his words, it is no longer a risk to invest in Bitcoin, and other digital assets due to the improved level of security digital exchange platforms are providing for their users. The new SkyBridge fund account is expected to provide clients with an alternative investment method as they can now trade in Bitcoin in the nearest future.

So far, top businessmen have invested in the highly volatile blockchain-based currency. With this investment, SkyBridge will undoubtedly become one of the highest crypto investors in recent years. Meanwhile, SkyBridge’s asset manager VanEck has re-written to US Securities and Exchange Commission (SEC) over the company’s urge to create Bitcoin-ETF.

It should be recalled that the company first submitted an application to the US exchange regulatory body in 2019, but the commission surprisingly turned down the request. It remains unknown if the application to launch the Bitcoin-ETF account will be approved this time.

In other news emerging from the crypto world this morning, the newly introduced cryptocurrency Polkadot is experiencing an awe-inspiring run at the moment. According to TradingView and other relevant sources, the digital asset, which was introduced in August 2020, tripled its price at the close of business on Monday. It is currently valued at $9.34, and crypto enthusiasts expect the bull to maintain such steady growth.

As for Ether (ETH), the highly-rated digital asset equaled its 2018 all-high record as it reached $1,000 before the close of trading hours on Monday. The last few months have seen the currency’s rise in worth, and it is tipped to maintain its status as the second most valuable asset behind Bitcoin. The most valuable digital asset, Bitcoin, continues to record new price as it is now valued at $31,000 at the close of all transactions on Monday. Lastly, Litecoin also increases in worth as it is currently worth $400.