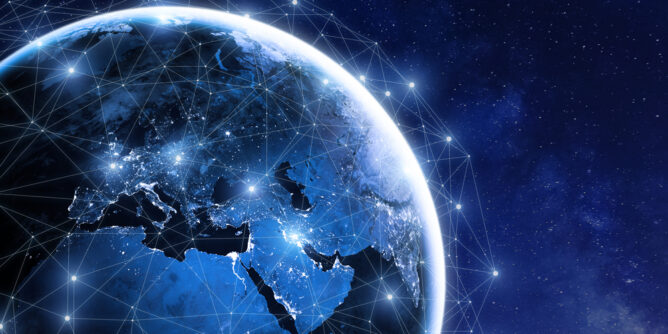 Square Inc. has made a statement that it is currently working on a project which involves making Bitcoin global internet currency.

The CEO of one of the leading Bitcoin investor company namely Jack Dorsey said that his company Square is already working on several initiatives which are part of the intended project. He thinks that if Bitcoin can reach the global audience then this will further strengthen Bitcoin’s economy as well as its network.

Square Inc., in the recent times, has emerged to be one of the lead investors of digital currencies, particularly of Bitcoin. Over the span of past two years, it had been continuously investing funds into Bitcoin for long term investment basis.

Undoubtedly, the firm has made some huge profits on Bitcoin investments which can be seen from its recent financial statement reports for Q3 of 2021.

On Friday, the 5th of November, 2021, Square’s held an earning call where it revealed its third quarter financial statements. During the call, the company also disclosed the revenue collected from the business done from Cash App.

The disclosure revealed that Square had earned a revenue of more than US$ 1.8 Billion in the form of Bitcoins. At the present moment, the company can be evaluated at a price of US$ 110 Billion.

At the event, company’s CEO was asked about Square’s future plans with regard to any potential expansion relating to Bitcoin. In response, Jack Dorsey, Square’s CEO, informed that indeed there is an expansion plan which is already being launched.

He said that the project goes beyond the selling and purchasing of Bitcoins and other cryptocurrencies. The project will include launching of NFTs and developing a separate NFT marketplace under Square’s flagship.

He further informed that there is also another Bitcoin-specific project which is very close to his heart. Dorsey stated that he along with his company are on a mission to help Bitcoin in garnering global audience. This can be achieved by utilizing the internet and taking Bitcoin to the consumers’ laptops and personal computers.

There are several initiatives which have already begin working in the fulfillment of the intended objective, said Dorsey. He believes that if Bitcoin can go mainstream then it would be beneficial for Bitcoin’s economy as well as for its network. In addition, both will be strengthened if wide-scale adoption of Bitcoin is achieved.

While continuing on explaining the project, he pointed out that Square is in the middle of completing a hardware wallet. Furthermore, Square is working on the option where the mining of Bitcoin can be carried out in households and within the business environment.

He also revealed a project of Square called “TBD”, which is going to be a fresh unit of Square’s business. However, he did not give specific details about TBD and promised that the details will be issued public through a white paper.