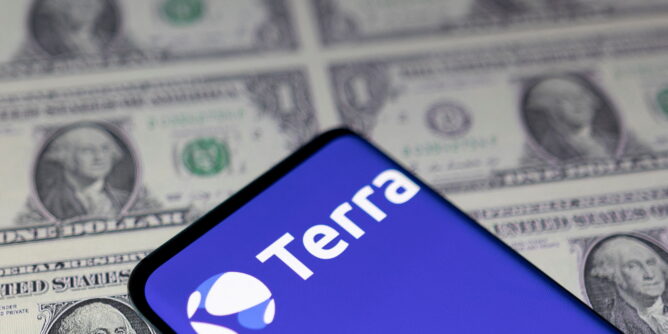 It’s been more than a month since the Terra network crashed. Despite the cryptocurrency going downhill, its supporters were able to back it up and keep the network alive.

They did this with hopes that the network would soon make a comeback and rise up to its old potential. Despite the efforts, the network hasn’t been able to live up to its all standards.

Although several claims are being made by the TerraForm Labs’ CEO, Do Kwon about the future of the Terra network, South Korea deals with the matter in a different manner.

They are not leaving any stone unturned and so far, their findings have proven to be very vital to the case. The authorities revealed that TerraForm had already shut down its headquarters and other offices in South Korea. The announcement for the closure of the facilities was made by Do Kwon by the end of April 2022.

An Anonymous Hacktivist Speaks Up

If the South Korean authorities weren’t accurate enough, another entity has come to light vowing to reveal the true identity of Do Kown to the entire world.

The anonymous personality is part of a hacktivist group that has pledged that true justice will be served to Do Kwon for his wrongdoings. The hacktivist has revealed that he will be sharing the true purpose of the collapse of the entire Terra network from back in May.

The particular group even made several allegations against Do Kwon and the wrongful things he has been doing. The group took the liberty of uploading a video from an anonymous source revealing how Do Kwon kept cashing out $80 million per month through TerraUSD and LUNA prior to the crash.

If what the group claims turns out to be true, then the Terra network will end up losing its only lifeline. Therefore, the investors must remain cautious if they are planning to interact or invest in Terra network tokens.