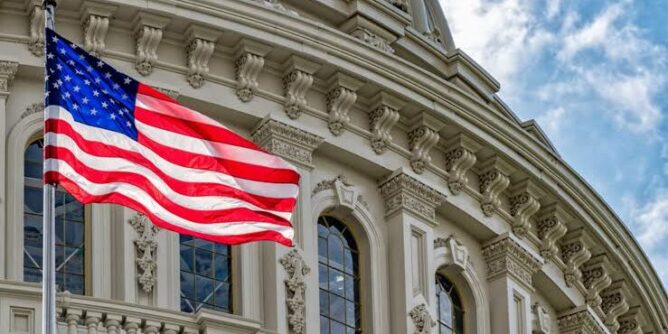 The latest report showed that the Treasury office of the US had given the public platform to state their opinion on how to develop digital assets responsibly. Furthermore, the regulator reportedly released a document containing a series of crypto-related questions to the public.

Executive Order Made The Treasury Consult Public On Crypto Rule

According to the report, the Treasury sought the public’s opinion on protecting the nation’s finance and security from crypto-related risks. It also asked the public to comment on the recently released government action plan on crypto assets.

Meanwhile, the US regulators constantly received criticism from crypto enthusiasts reprimanding them for always focusing on the demerits of crypto while neglecting the beneficial aspects. Furthermore, Jake Chervinsky, an executive at Blockchain Association, claimed that the Terra network’s crash further fueled the government’s disapproval of cryptocurrency.

In addition, reports showed that the Treasury office decided to ask for public opinion to fulfill the Executive Order of 9 March 2022. The order aimed to form a crypto regulators framework with stricter and more precise rules, according to reports; however, that’s not all.

The order also mandated the US government to strengthen its leadership prowess in the technological and financial systems globally. It continued that the regulators need to ensure the regulated growth of cryptocurrency and its derivative functions and products.

According to reports, the Treasury office forwarded a crypto regulatory framework to President Joe Biden in July 2022. The regulations reportedly encouraged international bodies to implement crypto rules and regulations internationally.

The Department stated that the framework it drafted would ensure the country maintains its government goals while building a responsible digital assets environment. Also it would enure the rights and interests of the consumers, investors, and the nation are protected and well preserved

Additionally, the treasury office announced that it recently presented an action plan to the government house. The Treasury’s secretary, with the aid of several other top executive officials, diligently formulates the action plan as reported.

In line with the action plan, the White House recently launched a comprehensive regulatory framework for the responsible development of cryptocurrency. The framework included the perspectives and suggestions of many federal government bodies who have studied the crypto industry for six months.