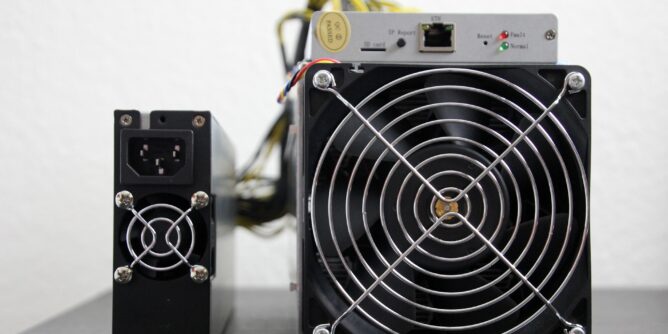 Apparently, in Russia, a trash collector involved in the stealing of precious and expensive crypto mining equipment is now caught and being punished heavily.

The 46-year-old man who used to collect trash from households was involved in the stealing of expensive and critical mining equipment. Fortunately, the authorities had managed to capture the thief, and he is now suffering the consequences of his actions. According to reports, the man is now facing ten years in Jail for his unlawful actions.

Thankfully, a local resident of the area managed to inform the police about the stealing operation, giving an estimated damage number of around a million rubles, which converted into USD is about $13,625 in value. The thief saw a large number of valuable computer parts that were present in the owner’s garage space. The garbage collector took advantage of the time when the holder of the equipment was out of home and proceeded to steal the valuable crypto mining equipment from the garage.

After successfully stealing the equipment, the thief separated the equipment into two parts. The first part was sent to Yekaterinburg using a taxi service, and the second part was being distributed to his partners who were ready to sell the equipment and make some cash.

The authorities took swift action and successfully caught the supposed garbage collector when he was working in garbage collection for houses. The man was arrested just before the stealing operation was about to commence. As of now, all the stolen mining equipment is in the custody of the police, soon to be returned back to the owner.

Stealing Activities are Increasing in Russia

As Russia keeps supporting the adoption of cryptocurrencies, these stealing incidents of mining equipment have become very common. Just recently, a man from Yaroslavi was given three years in probation because he was involved in the stealing of around $22,000 worth of mining equipment from his friend’s place. Another incident also took place in which around $55,000 worth of mining rigs were stolen from an apartment in Kursk. The surprising thing was later found out that the neighbors were also involved because the robbers did not get into the apartment using the main door.