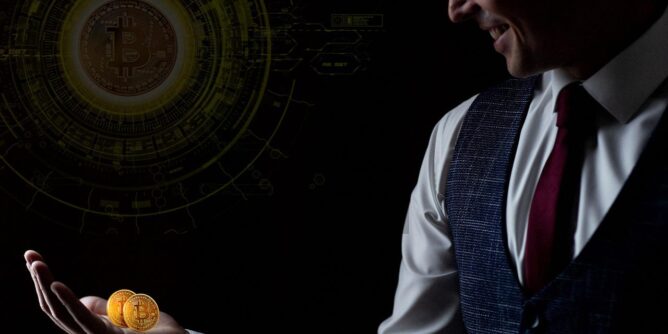 The Financial Conduct Authority (FCA), which is the top financial regulator in Britain, said that the United Kingdom and the United States would strengthen their times over the matter of crypto regulation. The British regulator said that there was a time when innovative firms wanted to see less regulation, but now they have come to understand and even appreciate the rules that are put in place because they can provide certainty.

Nikhil Rathi, the chief executive of the Financial Conduct Authority (FCA) in the UK outlined their regulatory goals on Wednesday. The FCA chief said that the risks and opportunities associated with the crypto space had become an area of global focus. Rathi said that anti-money laundering (AML) rules had been applied to platforms from now and asserted that they had applied the same rules to cryptocurrency companies as they would have done for any company that wants to operate in the FCA’s jurisdiction.

Rathi said that crypto regulation and developments in the crypto market, such as those related to stablecoins as well as the development of central bank digital currencies (CBDCs), would provide the UK and the US opportunity to strengthen their ties.

He said that earlier this year, ‘Cryptosprints’ had been conducted by the FCA, which had attracted the attention of almost 200 participants. Rathi said that the aim of the event was to get an idea of what the industry thinks of the existing market and what they wish to see in an appropriate regulatory regime.

The FCA boss said that participants of the event had disclosed that crypto asset regulation was a high priority. In addition, they also want to see regulation be introduced gradually, in stages, as this would give investors and companies enough time to prepare for them.

Moreover, it would also allow them to develop rules that can apply to evolving crypto assets. According to the FCA chief, they were in support of responsible use cases of this technology and wanted to ensure that it does not compromise market integrity or consumer protection.

Back in May, the British government had disclosed its legislative agenda in the Queen’s Speech for the next year in parliament. One of the bills that will be introduced is related to the adoption of crypto safely and for outsourcing to technology providers resiliently.

Another bill is aimed at seizing and recovering crypto assets more quickly because they are the primary medium used in ransomware attacks. In addition, a detailed plan had also been unveiled by the UK government in April for creating a hospitable environment for crypto in order to make Britain a global crypto hub.

This plan includes developing a dynamic regulatory framework for cryptocurrencies, stablecoin regulation, and creating a non-fungible token (NFT) with the Royal Mint, which will be issued by the summer season.

Talk of crypto regulation has intensified in many countries, particularly after the collapse in the market in May that resulted in hefty losses for many.