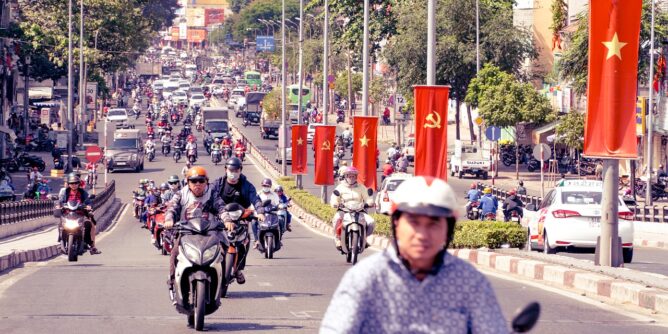 The blockchain industry in Vietnam has experienced a boom, but local media said that it was also facing a major deficit in specialists.

Even though the country has a large number of software engineers, those with expertise in the blockchain sector are only able to meet one-fifth of the demand in Vietnam. This is driving businesses to look for talent in other countries.

The blockchain industry in Vietnam is rapidly developing, but its pace is being hampered because of a lack of human resources that specialize in this sector.

The number of capable software developers is quite high in the Southeast Asian country, but not many of them possess the kind of expertise needed in distributed ledger technologies (DLTs).

Recruitment has become tough because of the shortage of specialists and there are not many training programs available in Vietnam to eliminate the problem.

The CEO of the company that launched the Fight of the Ages game, Trinh Ngoc Duc, expressed the same sentiments.

He said that the product development process was taking a hit because of the lack of experienced blockchain programmers in the country and a number of potential blockchain projects had to be abandoned.

The lack of blockchain experts is a problem that a number of industries are currently facing, which includes logistics, finance, healthcare, agriculture, and education.

In Vietnam, there are more than 50 sectors of the economy that are leveraging blockchain technology solutions, with the Gamefi industry having 600 projects.

According to the chief executive of Jobhopin, Kevin Tung Nguyen, the existing blockchain talent in the country is only able to meet the demand of between 15% and 20%.

He said that he had recently lost three people employed with his company, even though they had been offered three times the remuneration they were given earlier.

He said that blockchain programmers are in huge demand and competition for them was getting fierce with each passing day.

Since sourcing local talent has become a major challenge for companies that are part of Vietnam’s blockchain space, many companies have begun to search for programmers in other countries. These include Europe, the United Arab Emirates, and South Korea.

The National Innovation Center’s Nguyen Thi Ngoc Dung said that one of the reasons behind the shortage of blockchain programmers in Vietnam was that universities had not introduced blockchain studies as yet.

She also said that successful startups and innovation centers in the country should introduce their own short-term courses for people and also work on international cooperation.

According to a study by a recruitment platform in Vietnam, the highest salaries are being paid to blockchain experts among 1,000 people that are working in the IT industry.

However, it should be noted that Vietnam is not the only country that is struggling to find blockchain talent.

LinkedIn recently disclosed that there was a 400% increase in the number of job postings in the United States that contain the keyword ‘blockchain’, which shows rising demand.