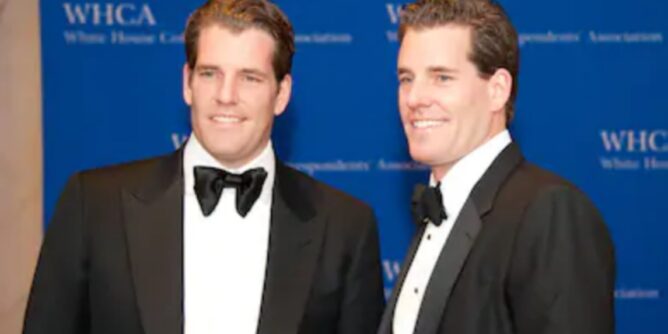 The halting of retail trading by Robinhood and a few other players in stock trading last week has been condemned by all. Gamestop shares traders seem to be the most affected in the saga, as the trade halted immediately after the stocks began to rise.

The Reddit commenters’ harsh impact has also been condemned by all in public, as a lot of traders have called for justice from the financial regulatory bodies involved, including the U.S SEC. However, a new project is looming off the saga, as Billionaire Winklevoss brothers have set to partner with Hollywood movie giant, MGM, to make a movie off the unfortunate experience.

MGM Studios are tasked with executing the project

The project set to be Tyler and Cameron Winklevoss’s latest project is set to be executed by the successful movie makers, MGM studios. The Billionaire brothers have also sought the service of Ben Mezerichh, one of America’s best selling author, on the said project. The purpose beneath the idea of the brothers carrying out such a project is not fully known to the public.

Still, according to sources, one of Ben Mezrich’s books, which he co-wrote with Aaron Sorkin, The Antisocial Network, with a similar cameo to the Gamestop saga, will also be focused upon. The project will also be produced by one of Hollywood’s best producer, Aaron Ryder, while Winklevoss’s pictures will fully handle executive production tasks.

The movie is set to capture the sad events of the whole frenzy. The sad events continue to still be in the mouths of many, as several hedge funds like Melvin Capital and Citron Capital have reported losses since the event occurred last week. The retailer traders are already putting the issues behind their back as normal trading has resumed, and Gamestop shares are still going strong. The shares currently trade at around $225 as of the time of writing.

The Brothers have another project of such at hand

This is not the first of such projects that the Bitcoin Billionaires and founder of the Gemini exchange are embarking upon or co-financing at the moment. It should be recorded that there is a movie- the midnight ride, which was made from their book, Bitcoin Billionaires, yet to be released as of now. The midnight ride is supposed to be a follow-up to the Successful 2010 blockbuster movie, The Social Network, which described Facebook Founder Mark Zuckerberg’s success and challenges.

There has been an ongoing debate amongst crypto analysts and enthusiasts to showcase cryptocurrency and blockchain to the world via a movie. It is still yet unknown whether the Bitcoin Billionaire themed movie will do that.

However, going by the Ben Mezrich co-written plot’s storyline, it details the struggles of the brothers who finally became Bitcoin Billionaires, despite all the challenges they faced with cryptocurrency. However, crypto analysts will continue to hope that whether it’s a movie or a book, the story of cryptocurrency should always be one without a tragedy.