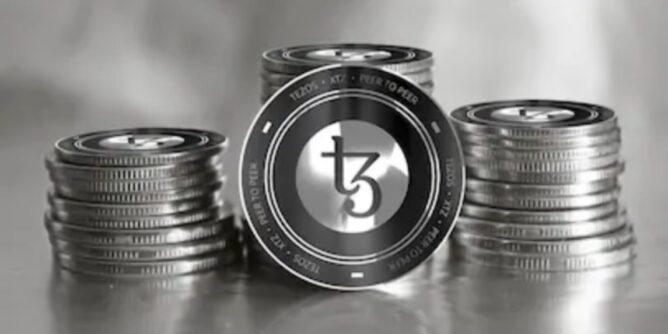 Tezos has created a new record after making the highest number of smart calls in a single month. The firm set the latest record in January 2021 when it made series of Smart Contract Calls, which are a 22% increase compared to December’s stats. Smart Contract Calls means the interactions with smart contracts that take place in the form of transactions. It is a useful metric or yardstick used in determining mainnet smart contracts’ adoption growth.

XTZ to reach 1 million funded accounts in this month

Since July 2020, the number of Smart Contracts calls has risen by a whopping 1,209% across the crypto industry. Apart from November, where there was a slight 10% reduction, there has been a monthly increase in its Smart Contract Calls rate since July.

As mentioned earlier, the number of smart contract calls recorded in January was higher than in December because a better percentage of investors were ready to trade the XTZ assets. Though 22% didn’t sound like a vast improvement, it doubles the rate of smart contracts calls every month since December, which is an achievement that all and sundries should applaud

Meanwhile, XTZ is expected to see more growth as the year proceeds in terms of the developer’s activities. In December 2020, the was a tremendous improvement in the XTZ developer’s performance as it experienced an average of 700 day-to-day new deployments on testnets. The numbers improved exponentially in January this year, reaching an average of 930 daily new deployments.

All things being equal, the Tezos exchange platform is expected to reach over 1 million funded crypto accounts before the end of February. The company, which currently has 945,284 sponsored accounts, recorded 97253 fresh registered users in January. It is anticipated to reach or surpass the figures this month, thereby exceeding the 1 million accounts limit.

Meanwhile, Tezos is reportedly set to launch five new launches later this month. They include Edo, Quipuswap, Kalamint, TEZEX, and Kolibri. Kalamint is a platform developed to aid transactions by being used to sell, create and receive NFTs.

The soon-to-be-launched Kalamint will add more value to the quality service rendered by Tezos. TEZEX is another cross-chain gateway to Tezos; its function is to encourage value to emanate from Ethereum to Tezos DeFi in fewer clicks. It is aimed at providing cheaper services to Tezos’ DeFi token users.

Quipuswap is the third milestone expected to commence work later in the month. It will become the company’s second Decentralized Exchange (DEX). Kolibri comes fourth as it is an algorithmic stable coin. It is manufactured on Tezos and supported by XTZ.

Edo is the last protocol upgrade to be made by the Tezos company. It will possibly go live on mainnet next week. It is a feature-packed upgrade consisting of edible privacy features. It will provide developers the opportunity to utilize “privacy-conscious” applications during transactions.